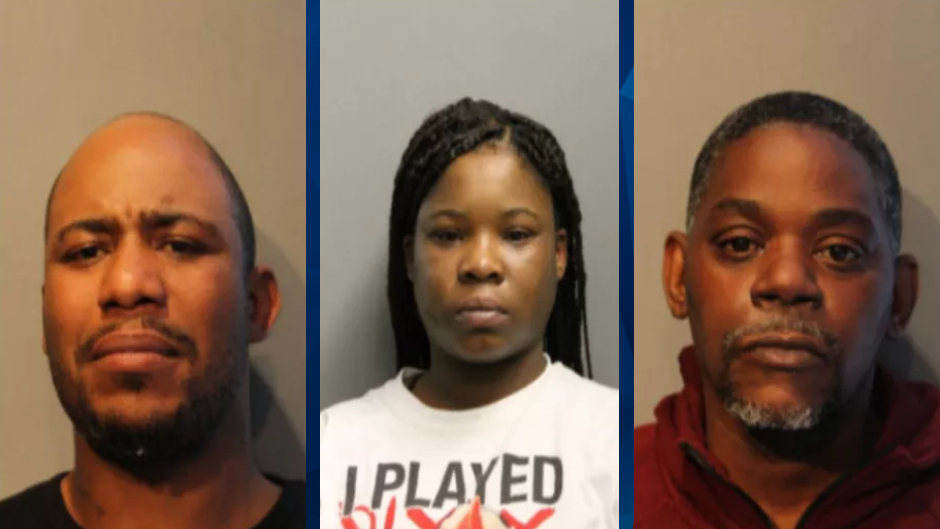 An Illinois couple and their friend were arrested Sunday, months after a mentally ill man was found dead in a garage under suspicious circumstances.

According to the Chicago Sun-Times, Santino Carter, 38, and Dominique Beck, 29, hired Brian Gray, 48, to help them kill Frederick Johnson, 43. Police found Johnson’s battered body in a garage in Chicago on June 25. He died a short time later.

Johnson reportedly had schizoaffective and bipolar disorders and suffered from seizures. Prosecutors said Johnson lived with Carter and Beck for two years, and the couple collected Johnson’s disability checks by acting as his caregivers.

After Johnson’s body was found, Carter and Beck allegedly told cops they kicked him out of their residence two weeks earlier for defecating in their home.

The Sun-Times reported that detectives initially treated the case as a death investigation, but they shifted their focus after the medical examiner ruled Johnson’s death a homicide by assault.

According to the Sun-Times, the witness said he and Carter were in Carter’s car on June 25 when Beck called Carter about Johnson defecating in the living room. Beck reportedly said Johnson pushed her when she confronted him about it.

Once at the couple’s home, the witness reportedly saw Carter make Johnson stand in the living room while touching his toes. The punishment reportedly lasted several hours — and Carter allegedly beat Johnson with a metal chain and wooden stick when he did not comply.

The same evening, the witness allegedly watched Carter go into the room where Johnson was while wielding a hammer. The witness heard the hammer striking something and Johnson moaning in agony, the Sun-Times reported, citing prosecutors.

The witness reportedly woke up and heard Carter telling Gray to come over and help him wash Johnson and change his clothes. Gray allegedly cleaned up blood and dragged Johnson around the home as he could no longer stand or walk on his own.

Prosecutors said at one point, Carter pulled a gun on Johnson, but Gray convinced him to put it away.

According to the witness, Carter said he and Gray left Johnson’s body in an alley and called 911. Gray later told investigators that Johnson was still alive when they left him, the Sun-Times reported.

Gray allegedly admitted to his role in the murder, telling cops that Carter claimed Johnson had exposed himself to Carter’s children. Gray reportedly said he was paid $100 to clean Carter’s home.

Carter and Gray were denied bail while Beck’s bail was set at $1 million. The three suspects are due back in court on December 14.