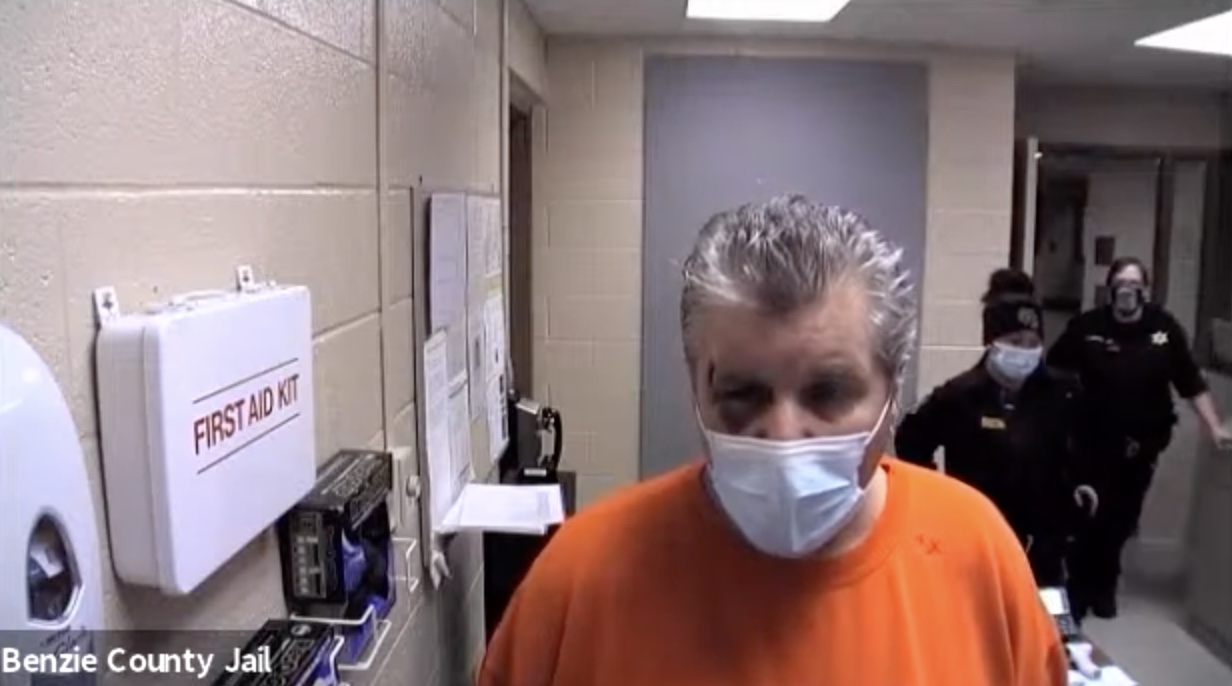 A Michigan man has been charged with the shooting deaths last week of his wife and adult sons at their home in Elberta, a village on the eastern shore of Lake Michigan, MLive.com reports.

Robert Michael Freebold, 58, appeared in a video arraignment on November 25 and was formally charged with the murders of Marilyn Freebold, 63; Malachi Maloney, 20; and Robert James Freebold, 27; on November 20.

The suspect was also injured during the incident, although the sheriff’s office has not provided details. Freebold was initially in critical condition from blunt force trauma at Munson Medical Center in Traverse City.

The Benzie County Sheriff Office’s said that dispatchers received a call at about 6 p.m. on November 20 but heard only labored breathing and a possible faint call for help in the background before the call disconnected. The dispatcher was able to quickly determine a general area for the call’s location and then identified “a specific address based on prior calls for service.”

A deputy found a severely injured man inside the house near the front door, and the deputy and a Frankfort police officer found three gunshot victims elsewhere in the house. Marilyn Freebold and Robert James Freebold were pronounced dead on the scene, while Robert Michael Freebold and Maloney were transported to Munson Medical Center, where Maloney succumbed to his wounds.

After recovery from his injuries, Robert Michael Freebold was transported to the Benzie County Jail. He was denied bail at Wednesday’s hearing and is due back in court on December 10.

Undersheriff Greg Hubers told the Benzie County Record-Patriot that detectives collected evidence from the autopsies of the victims and from a large safe, which led to the warrant for Freebold’s arrest. Hubers declined to discuss the evidence, however.