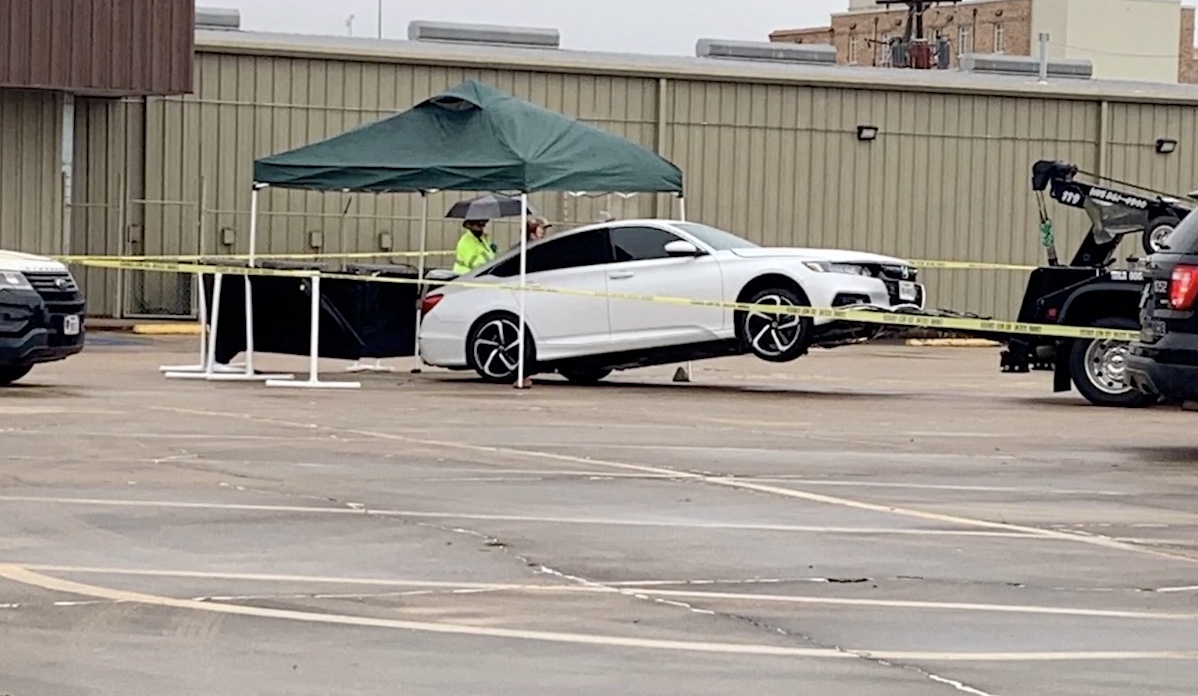 A high speed car chase on Interstate 10 ended in downtown Beaumont, Texas, Saturday morning after the driver crashed the car twice and came to a stop in a thrift store parking lot — where officers found the the body of a 28-year-old Houston woman in the trunk.

Authorities have not yet released the name of the victim or the 35-year-old driver of the car, who was taken to a hospital for treatment of injuries not considered life-threatening, KFDM reported. He remains in police custody.

A justice of the peace was called to the scene and ordered an autopsy, saying police would be investigating the death as a homicide.

Police said the chase began after highway patrol troopers received reports of a reckless driver in a white Honda passenger car traveling east from Chambers County. An on-duty trooper spotted the vehicle in Jefferson County, moving at a high rate of speed, and set out to make a traffic stop. The driver pulled over and appeared to stop but instead sped away, according to Sgt Stephanie Davis.

With police in pursuit, the driver entered Beaumont, where he struck and concrete barrier and momentarily lost control of the vehicle before continuing. He crashed the vehicle once more, 12 News Now reported, before exiting the freeway and finally coming to a stop in the parking lot of St Mark’s Episcopal Church Treasure House.

Police removed the driver, from Fort Bend County on the other side of Houston from Beaumont, and took him to the hospital. They found the body when they began inventorying the contents of the vehicle.

More information will be released as the investigation continues.