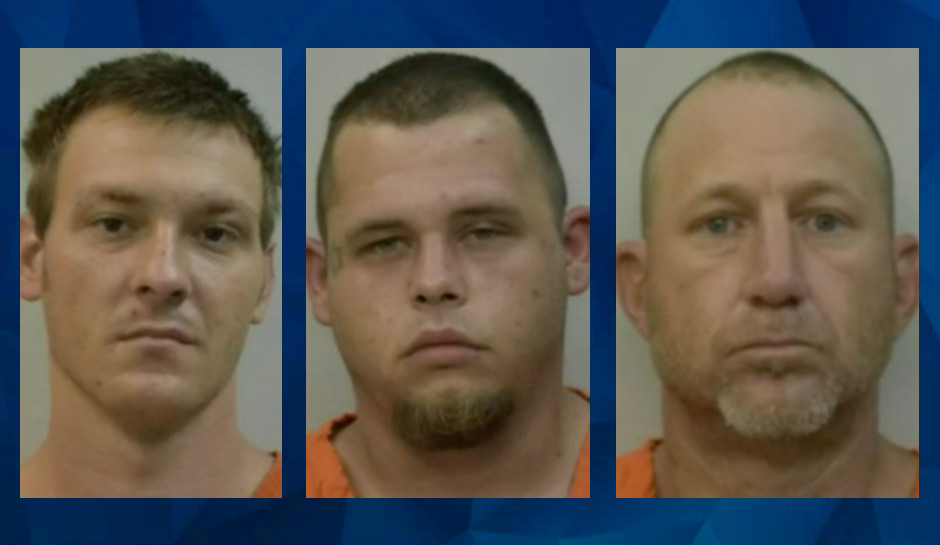 Three men doing hurricane recovery work in Louisiana were arrested this week in connection with the death of a woman whose body was found in a burning vehicle in the western part of the state, according to the State Fire Marshal’s office.

Morgan Douglas, 23, has been charged with second degree murder in the case, as well as aggravated arson, two counts of obstruction of justice, and one count of criminal conspiracy, KATC reported.

Fife is from Lake Charles, Louisiana. Douglas, from Andalusia, Alabama, and Roberts, of Jacksonville, Florida, were staying with him while all three did storm recovery jobs in the Lake Charles area.

The as yet unidentified woman’s body was found on November 20 when Beauregard Parish firefighters responded to a call about a car fire in DeQuincy, north of Lake Charles. They extinguished the blaze and found the body inside.

Calcasieu Parish Sheriff’s deputies, who made the arrest, said identification and cause of death are pending completion of an autopsy, but they said they believe the woman was from Lake Charles and was 27-years-old old.

Investigators made the connection through Fife, who had known her for a number of years, they said.

Two of the suspects confessed to their parts in the victim’s death and the disposal of her body, the fire marshal’s office said.