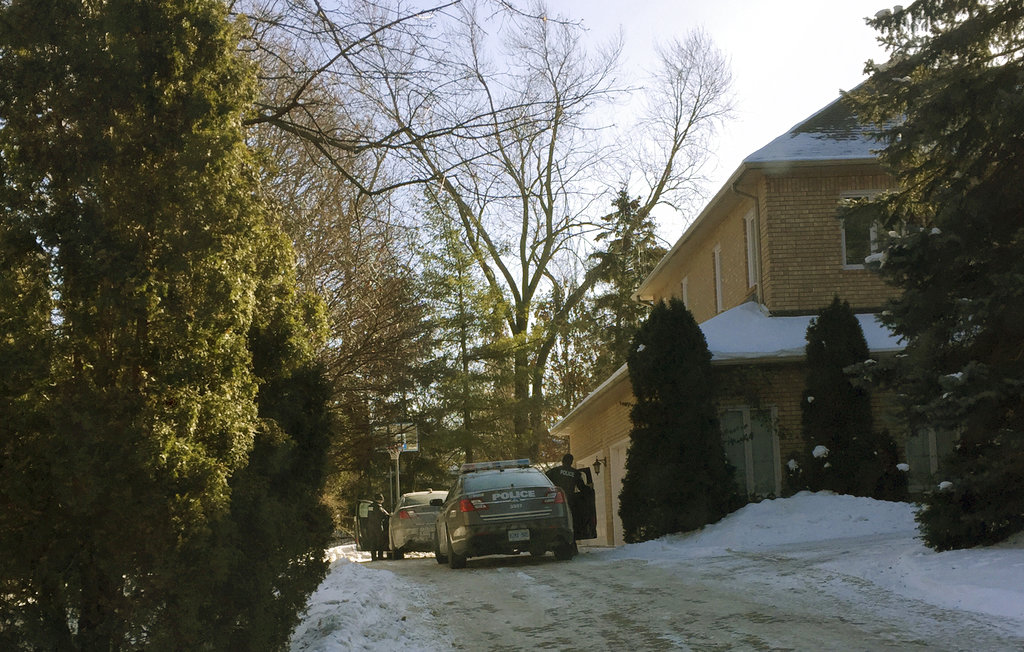 Multiple people have been identified as persons of interest in connection with the slaying of a Canadian billionaire couple several years ago, the Toronto Star reports.

Toronto police Detective Sgt Brandon Price told reporters on Friday that investigators are examining more than one potential suspect in the deaths of Barry and Honey Sherman, whose bodies were found hanging by belts near their indoor pool on Dec. 15, 2017.

“Numerous ‘persons of interest’ have been, and continue to be, investigated throughout the course of this three-year investigation,” Price told journalists, according to the Toronto Star. “The goal of any investigation is to identify persons who may have been involved in an offense or to exclude them as suspects.”

Price did not name any of the persons of interest.

The news clarifies earlier reports that indicated police were looking at only one person of interest. Last week, detectives testified in a court hearing that police were focusing on a single person of interest, according to the Toronto Star. The hearing was prompted by legal action from the newspaper, which is seeking to unseal records about the case.

Early in the investigation, police had initially classified the deaths as a murder-suicide; there was no evidence of forced entry or a note left behind. But the couple’s children hired private investigators who cast doubt on that theory, and law enforcement later said homicide was suspected in both deaths.

Barry Sherman founded the Canadian drug company Apotex in 1974 and stepped down as CEO in 2012, according to Global News. His estimated net worth was around $3 billion, making him one of the richest people in Canada. The couple were also prominent philanthropists.