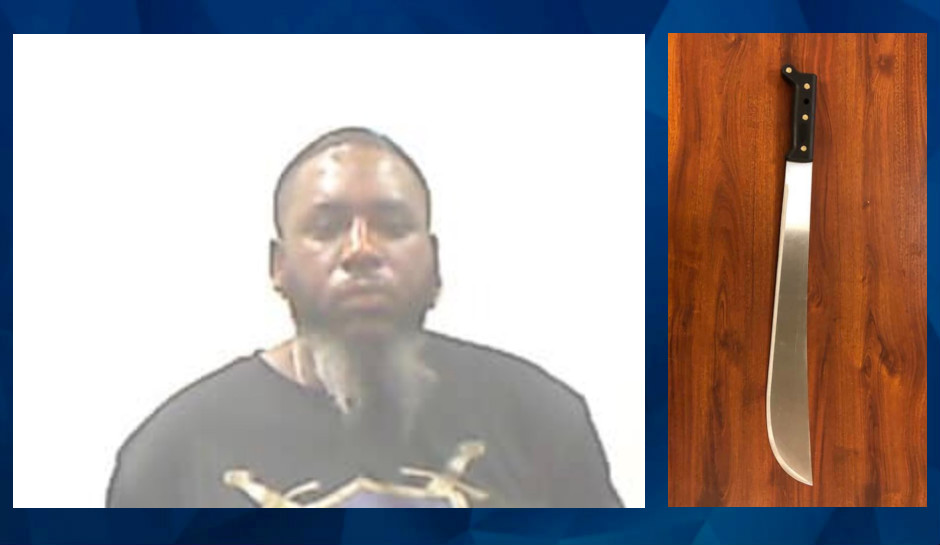 A North Carolina man wielded a machete against a Macclesfield couple Friday morning, but his efforts were the embodiment of bringing a knife to a gunfight: After the husband broke away, the wife shot at the assailant, sending him scurrying back to his car.

Carlos Antonio Washington, 36, of Tarboro was caught by deputies responding to the 911 call about the incident as he fled toward Tarboro on US 258. He was arrested “without incident,” the Edgecombe County Sheriff’s Office said.

The victim was hit by the machete three times, WRAL reported, but his wounds were minor.

The sheriff’s office said Washington was waiting behind the rural residence and attacked the man when he came outside. The victim’s son told WRAL that neither his father or stepmother had ever met Washington.

“I can’t sleep at night very well. It’s just so crazy that it happened to me, you know,” said the victim, who also said he’d lived and worked in Edgecombe County all his life and fears he may be attacked again.

Washington has been charged with attempted murder and is being held on a $2 million bond. The victim told WRAL that detectives said they were looking into whether the attack was a hate crime Washington “told the deputies about his motivation,” but the sheriff’s office has not confirmed that information.