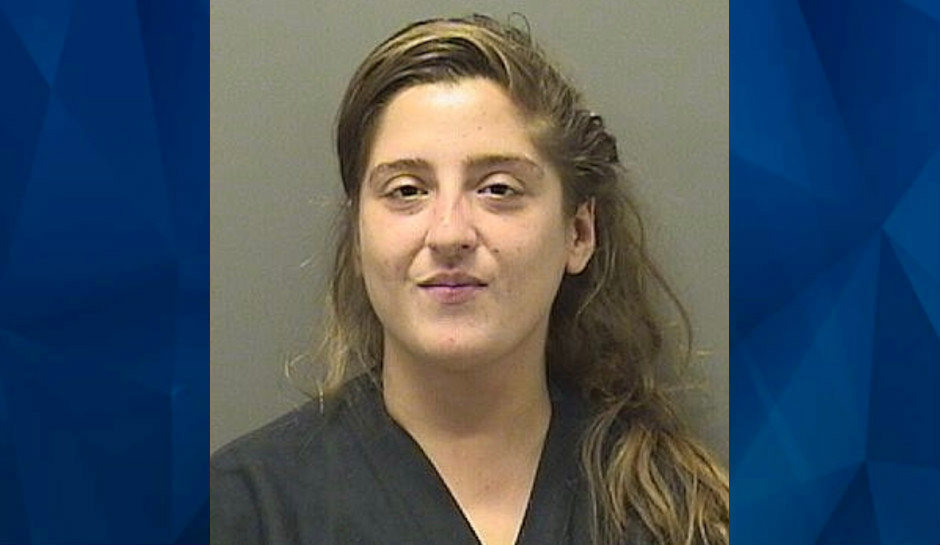 Nude woman breaks in – and out – of Arkansas church

A 26-year-old Arkansas woman has been arrested after she allegedly smashed a glass door and a window at a Hot Springs church, while nude.

A probable cause affidavit says that the incident took place on November 18 at Lake Hamilton Baptist Church.

A Garland County Sheriff’s deputy responded to a call on that date about a disturbance between a man and a nude woman. When he arrived, he spoke with a man who told them that his girlfriend had left home “wearing only a jacket” and walking toward the church, about a quarter mile away.

Meanwhile, man flagged down a sheriff’s office sergeant near the church and said he’d seen a naked woman “throwing something” at a glass door at the rear of the church. Sgt Bill House and Capt Scotty Dodd found the back door shattered and partially open and entered the building. While inside, they heard more glass breaking followed by yelling from the front of the building.

The deputies exited and found the naked woman, bleeding from both hands. The witness who’d seen her break the back door told them that he heard more glass breaking while the deputies were inside. That turned out to be a window on the the other side of the church, the witness said, where he saw the same woman climbing out. She tried to get into his vehicle, the witness said, and he yelled for the deputies, who took her into custody. She was taken to CHI St Vincent Hot Springs for treatment for her injuries.

A warrant was issued for her arrest the following day.

It’s not Meylian’s first run-in with law enforcement. In 2016, she was arrested several times by the Rapides Parish Sheriff’s Office in Louisiana on a variety of charges, including kicking a police officer who was trying to take her into custody, Town Talk reported.