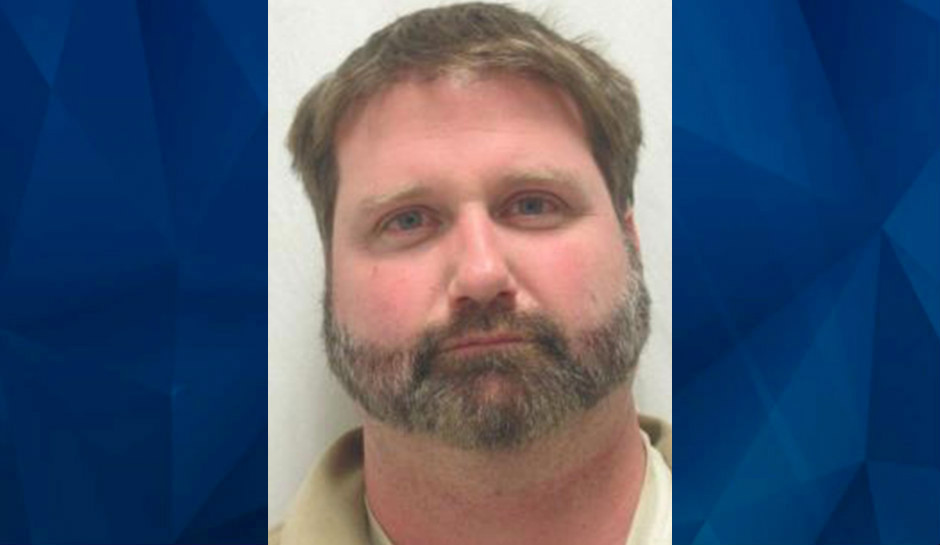 An Idaho man was arrested this week on five counts of raping teenage girls between 2007 and 2014 in several locations, including his home and an RV camper.

In addition to the five counts of rape, Trenton Jared Powell, 41, has also been charged with two counts of lewd conduct with a minor. He was arrested on Wednesday, East Idaho News reported.

A magistrate judge on Thursday reduced Powell’s bail from $300,000 to $50,000 on Thursday. He posted bail and was released from jail, with a preliminary hearing set for December 17.

According to the Idaho State Journal, Pocatello Police began investigating Powell in April when the mother of one of the victims, now an adult, reported that her daughter had told her she was  sexually abused by Powell beginning when she was 13 and ending when she was 18.

Police interviewed the woman, who told them that Powell raped her while camping when she was 13 and that he told her he was in love with her while the abuse continued for the next three years. At that point, a probation officers barred the victim from seeing Powell, but a year later he convinced her to move in with him in Salt Lake City, a move that her probation officer allowed. Powell abused her until she moved out when she was 18.

Another victim said Powell raped her in 2013 when she was 16 and that the rape happened after she’d consumed two mixed drinks that made her sick and confused at his home. The youngest alleged victim told police she was 11 when Powell raped her while she was sleeping in 2007. She told police she woke up while the abuse was happening but pretended to be asleep because “she did not want what was happening to her to continue,” according to court documents.

The victim said that Powell raped her multiple times each week for several year, buying her gifts and using other grooming behavior to control her. She also said that Powell had her sign a fake marriage license. The abuse ended when she was 17, the girl said.

Another victim told police the Powell raped her and a friend in 2014 when she was 16, forcing them to have sex with each other. She also said Powell showed later showed them a video he made of the encounter.

One victim gave police text messages she received over the summer from Powell. In one message, Powell wrote, “You are being manipulated and controlled by the people that are lying and cheating in an effort to destroy my life.” He also told her, “I have an attorney that can represent you and get you out of their web. It doesn’t matter what you’ve said or done, he can undo it.”

Powell’s attorney, Patrick Davis, told the Journal that his client “has been looking forward to his day in court for a long time.”

Pocatello police said they believe there could be additional victims and urged anyone with information to contact them.