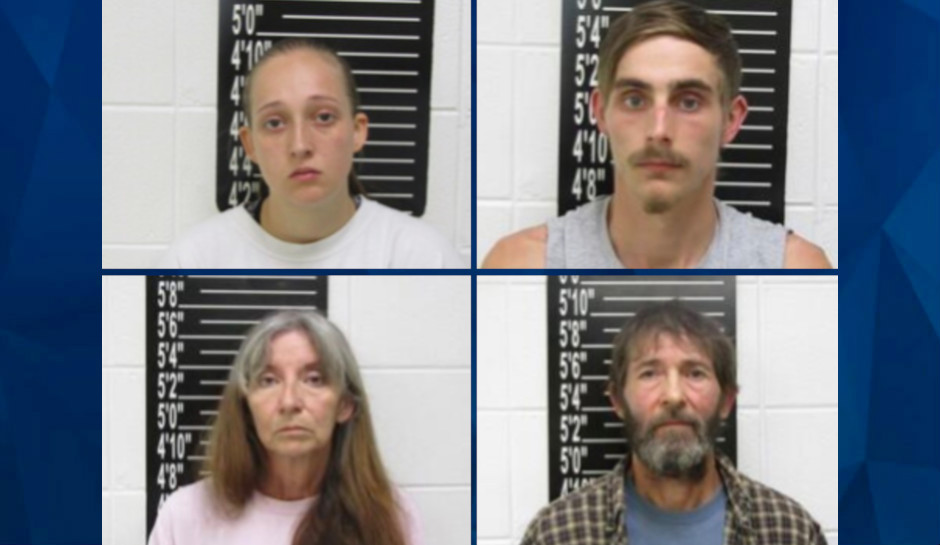 Four people have been jailed in southwestern Missouri after a 4-year-old boy was found unresponsive and suffering from “extreme malnutrition” last month, the Stone County Sheriff’s Office said Friday.

The boy’s mother, Dessa Barton, and her boyfriend, Dalton McLendon, both 26, were arrested on November 6, jail records show, when deputies and medical teams responded to a 911 call at a home in Billings. The boy was taken by ambulance to Cox South Hospital in nearby Springfield and airlifted to Kansas City in critical condition. Stone County Sheriff Doug Rader said Friday morning that the child was still in Kansas City but now in stable condition, according to Fox 2 Now.

McLendon’s mother, 53-year-old Katherine Kost, who also lived at the home, was arrested on November 11, and her boyfriend, 52-year-old Richard Hilliker, was jailed on November 19, jail records show.

Detectives returned to the home on November 25 and seized a wooden crate made of pallets that they believe “was used to cage the victim for extended periods of time,” the sheriff’s office said.

The sheriff’s office also said that medical staff at Cox South reported the boy had several injuries consistent with physical abuse, but the malnutrition was their “primary concern” at the time.

According to probable cause statements seen by Fox 2 Now, Barton told a Stone County detective that her son had been scratching at his arms and nose and banging his head into things, causing the injuries seen by medical staff. She said she had not taken him to get medical attention and had been working to sign up with Medicaid so she could afford to take him, but the process was delayed by COVID-19.

Medical staff, however, told investigators that some of the boy’s injuries were found on parts of his body that could not have resulted from self-harming.

The initial investigation showed that Barton, McLendon, and the boy lived in Billings with Kost. After Kost’s arrest, however, detectives discovered messages on her phone that indicated Hillker had either been living at the home or spending a significant amount of time there since September. The messages indicated he had direct contact with the boy through November, including November 6 when the child was taken to the hospital, court documents say.