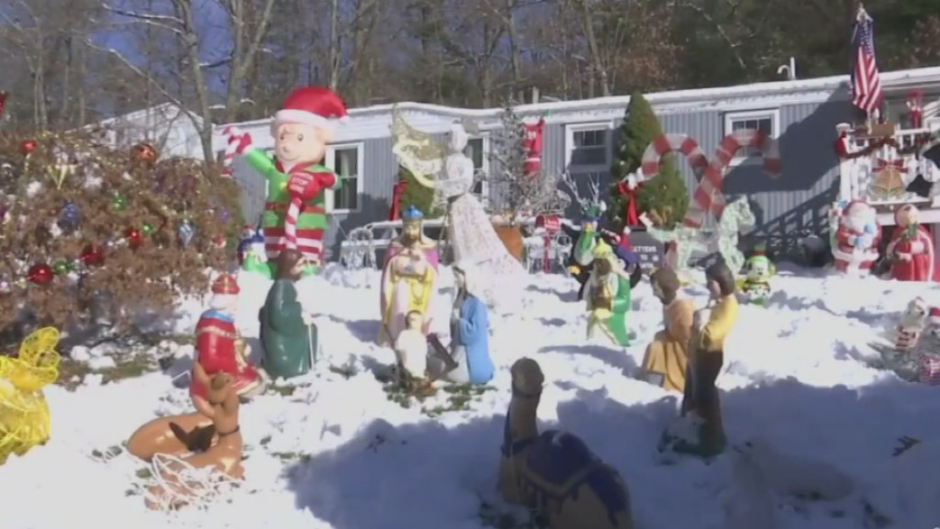 Police in Massachusetts are reportedly looking for someone who appears to have stolen Christmas decorations from a family’s yard late last month.

Lynn and Joel Ryan told WGGB and WSHM that they checked their surveillance footage after realizing their antique Santa and snowman decorations were missing. The footage reportedly showed a man sifting through the Ryans’ decorations before picking up the items and leaving the scene.

Palmer police said they believe the suspect left the scene in a Dodge Durango, which was seen in the Ryans’ surveillance footage. Police also said that they have nine investigations open regarding stolen Christmas decorations, according to the local reports.

The Ryans have reportedly installed motion sensors and additional cameras in light of the reported theft.

“When they come into the yard, at least it will go, go off, and we will hear it inside the house, and we can see who is taking them or call the police,” Lynn Ryan said.