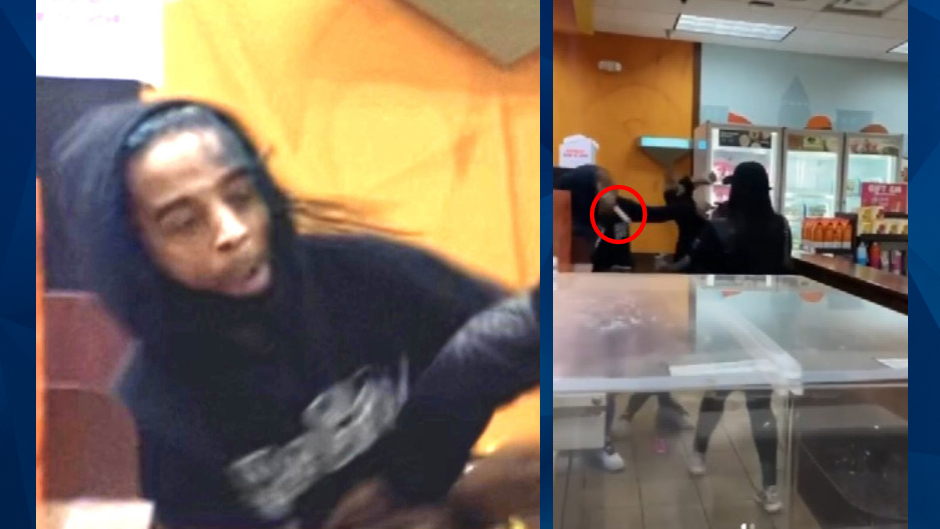 Police in Georgia are looking for a man who was reportedly filmed stabbing a Dunkin’ employee on Saturday.

Union City police said the unidentified suspect was upset because the store had run out of a certain kind of donut. WAGA reported that the employee — a 17-year-old girl — was stabbed in the upper arm during the altercation but is expected to recover.

Employees said the suspect and a woman initially used the drive-thru to order food. Shortly thereafter, the pair returned and entered the store, according to the news outlet.

A brief video posted to Instagram apparently shows part of Saturday’s scuffle. The suspect is seen attempting to stab the Dunkin’ employee with a large knife as the employee throws punches.

The pair can be heard continuing to fight off-camera as another employee urges them to stop.

Responding officers reportedly found the 17-year-old employee lying on the floor with a laceration to her arm. She declined to be taken to the hospital, according to the Atlanta Journal-Constitution.

The news outlet reported that the suspect was driving an Audi, but surveillance cameras did not capture the license plate number.

Officer Jerome Turner told WAGA, “We want to identify who the subject is. We just don’t want him showing up at another Dunkin’ Donuts or any other business or anywhere in public and having the temper where he can make this kind of an assault.”