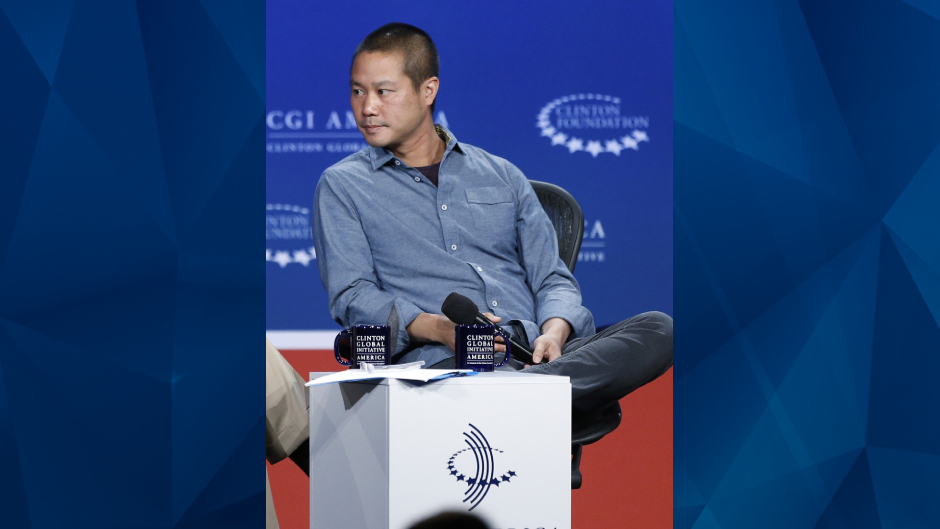 Zappos co-founder Tony Hsieh reportedly displayed peculiar behavior —  including depriving himself of oxygen, food, and sleep, and developing an affinity to fire — in the months leading up to his death last month.

The Wall Street Journal reported that Hsieh, 46, had a history of drug addiction and had isolated himself from friends and family before purchasing a mansion in Utah.  The businessman allegedly lost a significant amount of weight and had started experimenting with ecstasy and mushrooms.

Hsieh died on November 27, nine days after suffering smoke inhalation in a fire at a shed attached to his girlfriend’s Connecticut home. He reportedly told friends to check on him every five minutes as he used a heater in the shed to cut off his oxygen supply.

The Las Vegas Review-Journal reported that Hsieh hosted several parties at his Utah mansion in the months preceding his death. During a gathering for Labor Day, he reportedly introduced a flamethrower that shot flames roughly 20 feet in the air.

Residents told the news outlet that Hsieh hosted parties at his mansion three to four times a week.

The Zappos co-founder also bought at least eight homes in Park City, Utah, through a limited liability investment company. One of the purchases included a 17,000-square-foot mansion that he immediately moved into and filled with at least 1,000 candles, broker Paul Benson told the Wall Street Journal.

“[Hsieh] explained to me that the candles were a symbol of what life was like in a simpler time,” Benson said.

Hsieh’s death was ruled an accident, and officials are still investigating the cause of the fire.