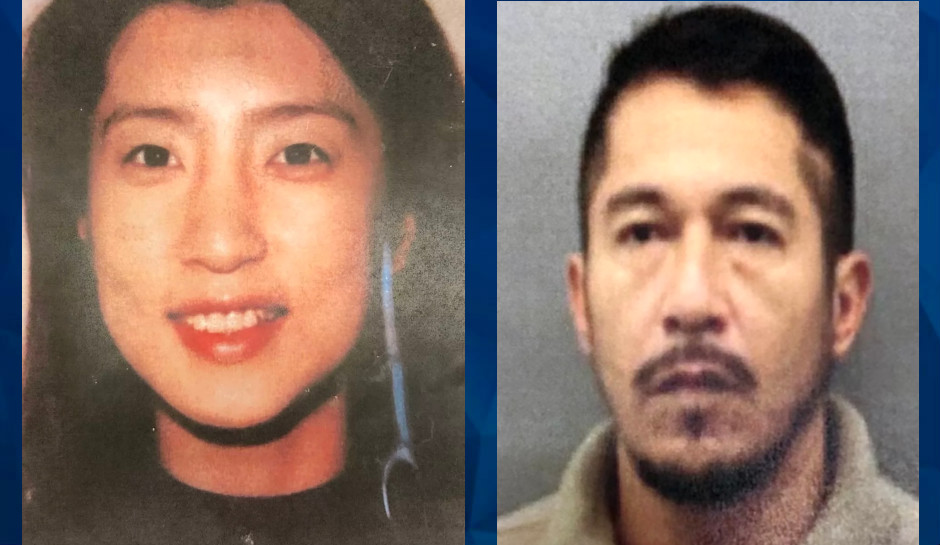 Police in Illinois announced Thursday they had arrested a suspect in the 21-year-old stabbing murder of a United Airlines flight attendant, the Chicago Sun-Times reports.

Luis Rodriguez-Mena, 46, has been charged with three counts of first-degree murder in 1999 stabbing of 30-year-old Young Kavila, the Sun-Times said.

Rodriguez-Mena was a neighbor of Kavila’s and fled to Mexico with his then-pregnant girlfriend after the killing.

Until 2007, Des Plaines police had no motive and no suspect in the brutal stabbing. Kavila’s roommate found her body on November 30, 1999, in a pool of blood in the kitchen, the Sun-Times said, dead from multiple stab wounds.

But in 2007, a relative told police that Rodriguez-Mena had bragged about the slaying and threatened anyone who might think to call police. A year later, the girlfriend returned to the United States and gave birth to a son — and gave detectives consent to compare the baby’s DNA with evidence collected at the time of the murder. It was a 99.98 percent match, Des Plaines Police Chief William Kushner said.

Arrest warrants were issued for Rodriguez-Mena that year, but efforts to bring him into custody repeatedly failed, frequently hampered my relatives moving him around Mexico, the chief said, according to NBC Chicago.

“There are several things that came up over the years,” Des Plaines Office Michael Heidcamp said. “There was DNA evidence linked back to the case. Later on, as a result of a case that he had in Mexico, we were able to link fingerprint evidence back to him.”

“The big break was some people in his family cooperated with our investigation and gave us his whereabouts,” Heidcamp said.

Mexican police arrested Rodriguez-Mena in June in Cuernavaca, Mexico and was extradited to the United States on Tuesday. He was ordered held without bond at a hearing on Thursday.