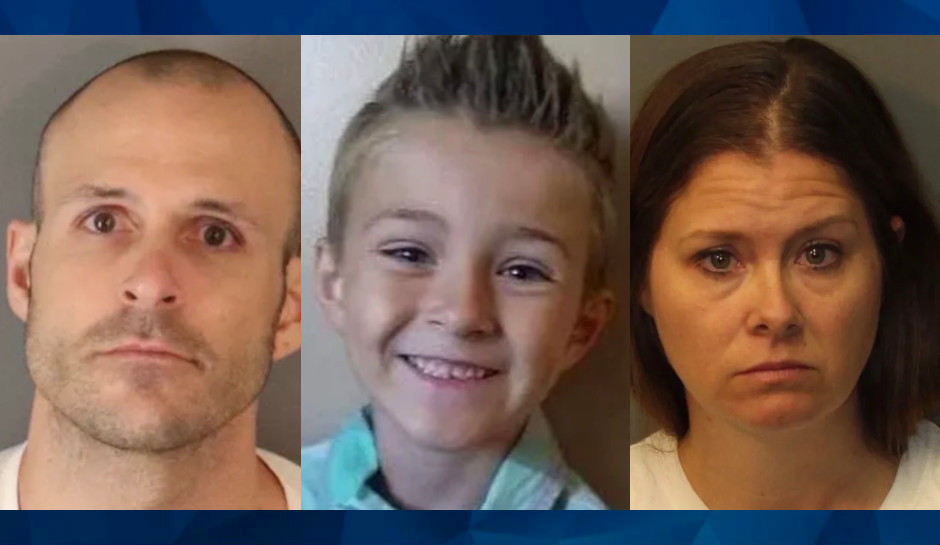 A California grand jury has indicted the father of an 8-year-old boy who disappeared in 2019 with the child’s murder.

Bryce McIntosh, 33, was previously charged with murder in the case, as CrimeOnline has reported, but prosecutors convened a grand jury last month after numerous delays, the Desert Sun reported.

Police said in 2019 that they had found “significant evidence” that Noah McIntosh was murdered. Detectives believe Bryce McIntosh bought long-cuffed gloves, bolt cutters, multiple gallons of muriatic acid, a 32-gallon trash can, and several bottles of drain cleaner in the days following the boy’s disappearance in March 2019.

District Attorney spokesman John Hall said that after investigators learned McIntosh’s cell phone had been near Aguanga around that time, a search of the area found a trash can, latex gloves, empty bottles of drain cleaner, a trash bag with residue inside that appeared to be blood, and a piece of paper with “Noah M” written on it. Another search in the Temescal Canyon area found more evidence, but Hall would not detail that evidence.

The investigation began when Noah’s mother, Jillian Marie Godfrey, 36, contacted the Riverside County Department of Social Services to request a welfare check on the boy on March 12, telling them she hadn’t seen him since March 2, when she dropped him off with his father. She also said that Bryce McIntosh had told her on March 8 that the boy had been missing for two days but that he would “handle it.”

The next day, a SWAT team arrested McIntosh at his home in Corona. Both the father and Godfrey were charged with willful child cruelty a few days later, and shortly after that, Bryce McIntosh was charged with murder.

In December, Godfrey pleaded guilty to two counts of child endangerment, but the terms of the plea deal were placed under seal.

Personal injury lawyer Roger Booth sued Riverside County last year on behalf of young Noah and his older sister after county officials acknowledged they had 18 months of records detailing abuse of the youngsters by Bryce McIntosh, the Los Angeles Times reported. Booth says that the county has records dating back six years.

Noah’s sister is in protective custody.

Bryce McIntosh’s next court appearance is in February.