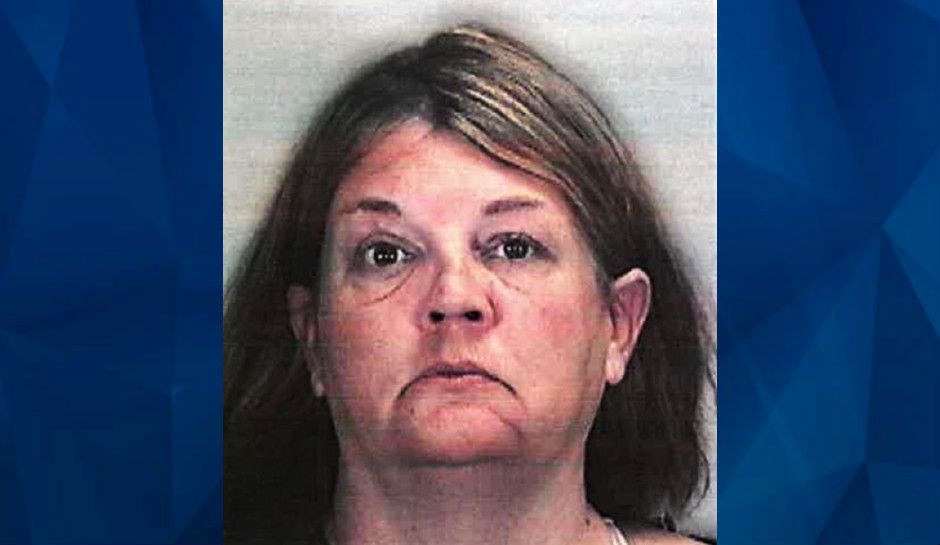 A Florida woman who hid her roommate’s body after she found him dead so she continue to use his benefits appeared in court this week and was given a $50,000  bond, NBC 12 reported.

Michelle Haney, 49, was arrested on Wednesday and charged with abuse of a dead human body, the Manatee County Sheriff’s Office said.

The arrest came after a neighbor at the Windmill Manor trailer park in Bradenton — who had been storing a trash can for Haney since the summer — opened it and found the body.

The sheriff’s office identified the body as that of 39-year-old Jon Christopher Leonard. Officials don’t yet know how Leonard died; an autopsy has been ordered.

Haney told detectives that she found Leonard dead in July, but didn’t call the sheriff’s office. Instead, she initially stored the body in a closet and, in September when she was moving out of the trailer park, put it into a trash can, sealed the trash can, and took it to the neighbor’s, telling him it contained personal items and that “she would be back to pick up the garbage can in a couple of weeks,” according to a probable cause affidavit.

When “later” hadn’t come by late November, the neighbor opened the trash can and “quickly noticed a foul smell,” according to the sheriff’s office.

The affidavit says that the neighbor closed the lid again and left the trash can alone for two more weeks, then decided to throw out the contents.

“He then dumped the contents of the garbage can out and started putting the blankets and clothes into black trash bags,” the affidavit says. “As he did so, he saw a human hand and arm and immediately called law enforcement.”

Detectives said Haney “admitted to doing this so she could use his social security benefits after he died. Additional charges are expected.”

Haney was also ordered to have no contact with Leonard’s family, court records show.