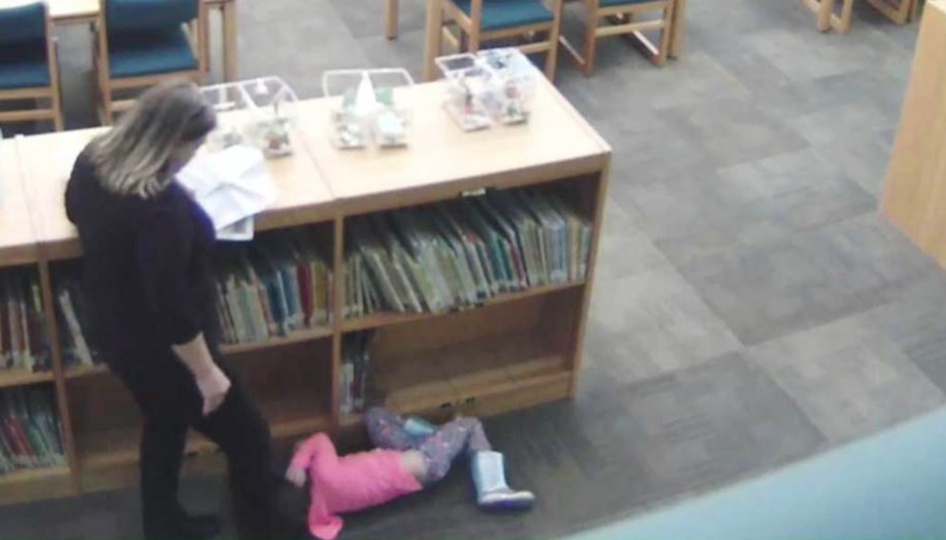 Teacher who kicked 5-year-old gets 30 days in jail, a year’s probation

A Kansas teacher fired when she was caught on video kicking a kindergartener pleaded guilty to battery last week and was sentenced to 30 days in jail and one year on probation, the Kansas City Star reported.

Crystal Smith, 55, was seen on surveillance footage kicking a 5-year-old girl at Bluejacket-Flint Elementary School in the Shawnee Mission School District in February 2019.

In the video, the girl hides on a library shelf after other students have left. Smith pulls her out and walks away but returns and kicks her in the back.

According to court documents, the girl’s mother learned about the incident after school and spoke with Smith about it, but Smith denied hurting the girl, allegedly saying the child was not being truthful and may have harmed herself.

School officials watched the video after the mother contacted them. Smith was placed on leave and subsequently fired when the district’s investigation was completed, a school spokesman said.

The mother has filed a federal lawsuit against Smith and the school district, saying her daughter’s civil rights were violated and the district was negligent in Smith’s hiring, supervision, and training.

The school district said 2019 was Smith’s first year teaching in the district.