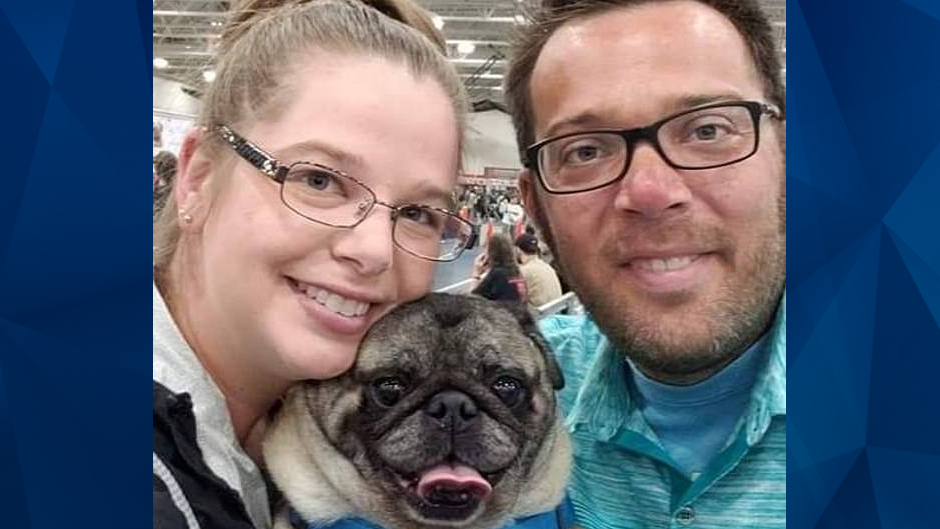 ‘All right, I am done now,’ Adam Roth said after officers commanded him to drop the knife

A Wisconsin man was sentenced Monday to life in a psychiatric hospital for fatally stabbing his wife and sister-in-law in March in an attack that also left two other family members injured.

Adam Roth, 36, was sentenced to lifetime commitment weeks after agreeing to plead guilty but not guilty by reason of mental disease or defect to intentional homicide and attempted intentional homicide. On March 10, Roth fatally stabbed his wife and her sister, Dominique Roth, 34, and Deidre Popanda, 26, and stabbed his mother-in-law and sister-in-law.

According to the Milwaukee Journal Sentinel, Adam Roth stabbed his wife as they ate in the kitchen. He turned his sights on his mother-in-law and sisters-in-law when they ordered him to stop.

The mother-in-law and surviving sister-in-law were seriously injured. The family dog was also killed in the March 10 attack.

According to the Journal Sentinel, Dominique Roth asked responding officers, “Why did he do this?” She also begged for help before dying from 19 stab wounds.

Officers who found Adam Roth ordered him to drop the murder weapon. He obliged — and responded, “All right, I am done now.”

Adam Roth’s mother-in-law said he “became obsessive” about the coronavirus in the weeks preceding the stabbings. While in the hospital a day after the attack, Adam Roth told a detective, “it (coronavirus) was coming and I had to save them,” the Journal Sentinel reported.

The news outlet also obtained reports from two doctors which stated that Adam Roth’s mental health had rapidly declined in the months leading up to the March 10 incident.

The mother-in-law claimed that on the morning of the stabbing, Adam Roth woke everyone up at 5 a.m. to tell them he loved them and was sorry for everything he had done to them.

Adam Roth’s attorney claimed his client had sought help the morning he stabbed his four family members, but he did not receive the treatment he required.

The lawyer said, “This case is about an individual who is suffering from mental illness and was suffering in a way that I don’t think any of us can understand.”