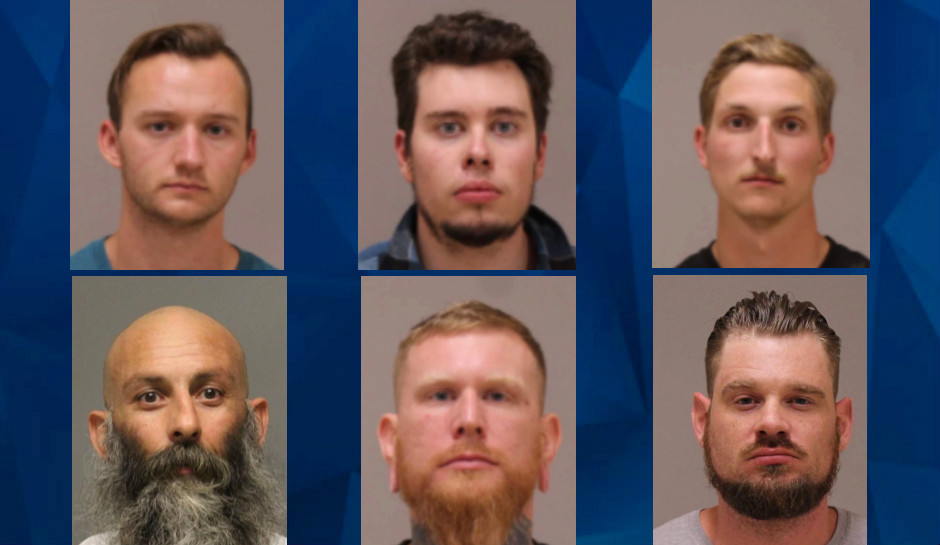 The U.S. Attorney’s Office for the Western District of Michigan said in a statement that the jury determined there was enough evidence for the six men — Adam Fox, 37, Barry Croft Jr., 44, Ty Garbin, Kaleb Franks, 26, Daniel Harris, 23, and 32-year-old Brandon Caserta — to stand trial for kidnapping. The suspects are from Michigan, except for Croft, who lives in Delaware.

The six men were among the 14 suspects arrested in October in connection with the alleged militia plot. While the six men were listed in a prior criminal complaint, federal prosecutors explained that they are required to present the case to a federal grand jury and obtain an indictment before they can go to trial.

The latest indictment accused the six men of devising the kidnapping plot between June 6 and October 7.

The group allegedly conducted surveillance on Whitmer’s vacation home on at least two instances. During the summer, the militia group reportedly held several meetings in which they conducted firearms training, combat drills, and practiced building and detonating IEDs.

In early June, Fox and Croft reportedly met in Ohio to discuss kidnapping state governors and recruiting new members. Days later, Fox met with Garbin, who leads Wolverine Watchmen, a Michigan-based militia group, at a rally outside the Capitol Building in Lansing, the indictment details.

After the meeting, Fox, Garbin, Croft, and others reportedly gathered in Wisconsin to conduct field training which entailed shooting motor vehicles with semiautomatic assault rifles and live ammunition.

The FBI had been watching the men since March, after a local law enforcement agency learned they were trying to obtain police officers’ home addresses. Nessel alleged the group planned to “instigate a Civil War.” In June, an FBI informant reportedly recorded a secret meeting attended by Croft, Fox, and 13 others.

According to MLive, Fox purchased $4,000 worth of explosives from an undercover FBI agent in mid-September. Weeks later, he allegedly purchased a high-powered Taser-style weapon.

Federal prosecutors said Garbin suggested they blow up a bridge near Whitmer’s vacation home to delay emergency crews’ response times. They also alleged that Caserta told co-conspirators in an encrypted video message to kill police officers who attempt to thwart their kidnapping plot.

The men were arrested on October 7, after they allegedly went to Ypsilanti to put a down payment on explosives and other items. The men were instead met by FBI agents who took them into custody.

The Detroit Free Press reported that additional charges could be added in a separate indictment. Only one of the 14 accused militia members — Brian Higgins — is currently free on bond.