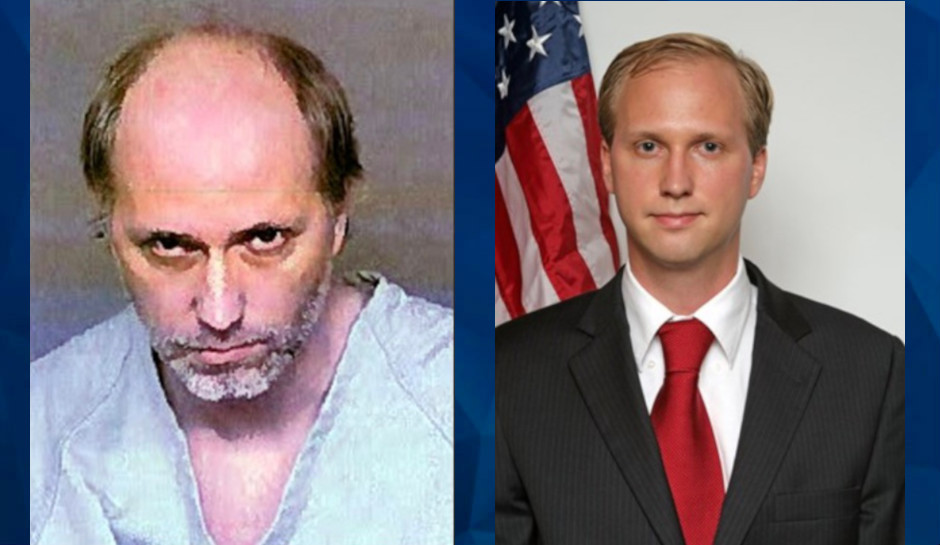 Nathan Daniel Larson, 40, is currently charged with harboring a minor and is in jail in Colorado awaiting an extradition hearing on December 24.

Mims called the case “extremely disturbing,” involving Larson, from Catlett, Virginia, and a 12-year-girl in Fresno he met online in October. Larson allegedly flew to Fresno and met the girl, and the two of them boarded a plane bound for Washington, D.C., with a stopover in Denver, where he was arrested.

In California, Larson faces felony charges of kidnapping, child abduction, soliciting child pornography from a minor, and meeting a child for the intention of sex.

The investigation began on Monday, when Fresno Police and the sheriff’s office received a report of a missing 12-year-old girl. The Central California Internet Crimes Against Children Task Force (ICAC) took the lead on the investigation and contacted law enforcement in Denver when they learned Larson and a young girl were heading there.

A Denver Police officer found Larson and arrested him, and the girl was returned to her family uninjured.

Details of the abduction surfaced after Larson was in custody, Mims said, beginning with Larson flying to California from Virginia and traveling to the girls home.

“He persuaded her to sneak out of her house around 2 am,” the sheriff said. “He used a ride share company to pick her up and together they rode to the Fresno Airport.”

Larson put the girl in a long hair wig to disguise her appearance and “told her to act as though she was disabled and unable to speak” so she wouldn’t have to speak with anyone while they made their way through the airport, Mims said.

“While at the house, Larson’s father, 69-year-old Arthur Larson, assaulted a HSI agent,” Mims said. “He was arrested for assault and battery and later released from jail after posting bond.”

Larson has run for political office at least three times in Virginia — for Congress in 2008 and 2018 and for the Virginia House of Delegates in 2017. He received less than 2 percent of the vote in 2008 and 2017 and withdrew before the election in 2018. In 2017, his House of Delegates campaign platform included legalizing child pornography and polygyny (a man having multiple wives), eliminating state funding for girls’ and women’s eduction, and repealing the 19th Amendment giving women the right to vote, the Washington Post reported. He also advocated legalizing incest and repealing the Violence Against Women act, saying women should be classified “as property, initially of their fathers and later of their husbands.”

Larson also served 14 months in prison for “sending a detailed email to the U.S. Secret Service threatening to kill the President of the United States” in 2008, Mims said. George W. Bush was president at the time, and Barack Obama was president-elect.

During one of his campaigns, Larson told the Washington Post that he favored “benevolent white supremacy” and he considered Adolf Hitler a “white supremacist hero.” He told USA Today that white people were superior because of “our cultural creativeness, our willingness to invest in the long term rather than living for today, and our conscientious desire to do the right thing even if it requires heroic self-sacrifice for the good of society.” And he told the McLean Patch that white people must resist attempts by Jews to “attain complete supremacy” in the United States, something he said would lead to Jews “destroy[ing] what made this country worth living in.”

Mims also said that detectives believe Larson “has victimized other children in the past, but those cases have never been reported to law enforcement.” She urged anyone with any information to contact Fresno County Sheriff’s Lieutenant Brandon Pursell at (559) 600-8029, brandon.pursell@fresnosheriff.org or Sergeant Chad Stokes at (559) 600-8144, chad.stokes@fresnosheriff.org.