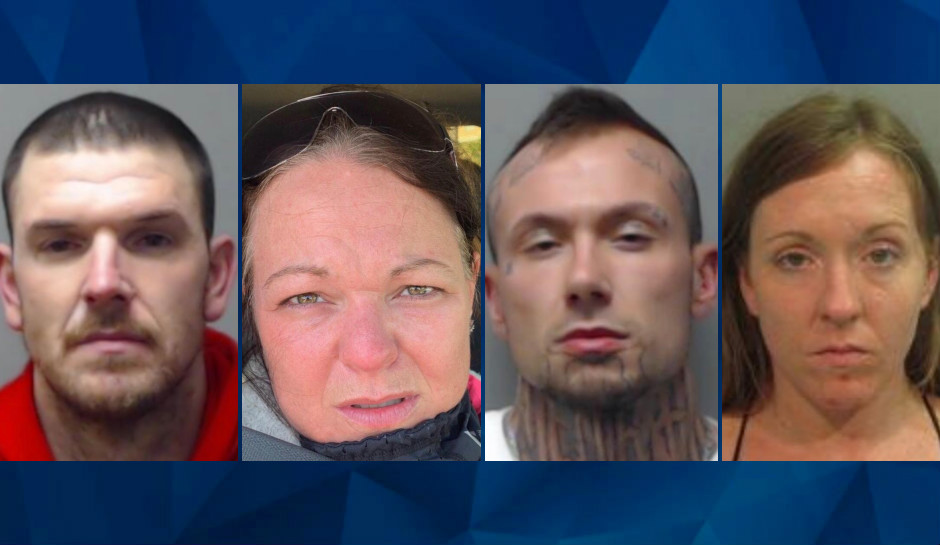 Four people have been arrested and charged with kidnapping and murder charges relating to human remains found in a burned out car this week in rural north Arkansas, the Baxter County Sheriff’s Office said.

A 911 reported the burned vehicle”with what looked like a body inside” just south of Mountain Home at about 10 a.m., the sheriff’s office said. Deputies located the vehicle and sent the body to the state Medical Examiner’s Office in Little Rock for an autopsy.

“It appears the vehicle had been there for several days,” Sheriff John Montgomery said.

Investigators executed search warrants on the car and two homes, one in Mountain Home and one east of Mountain Home, eventually developing several suspects.

On Wednesday night, detectives located Skylar Brazil, 38, and took him into custody after a brief search when he fled. On Thursday morning, Texas Department of Public Safety officers arrested Ryan Lindsey, 27, and Allison Cunningham, 42, near Brownsville, Texas. They will be extradited back to Arkansas.

Later Thursday, the Benton County Sheriff’s Office and the FBI arrested 35-year-old Ashley Hendricks in Siloam Springs, Arkansas, Baxter County said. She too is being brought back to Baxter County.

All four have been charged with first degree murder and kidnapping. Bond for Hendricks and Brazil has been set at $500,000, while bond for Lindsey and Cunningham is $1 million.

The sheriff’s office said it is awaiting positive identification of the victim before releasing the name, and that the prosecutor’s office asked it to withhold further details of the crime.