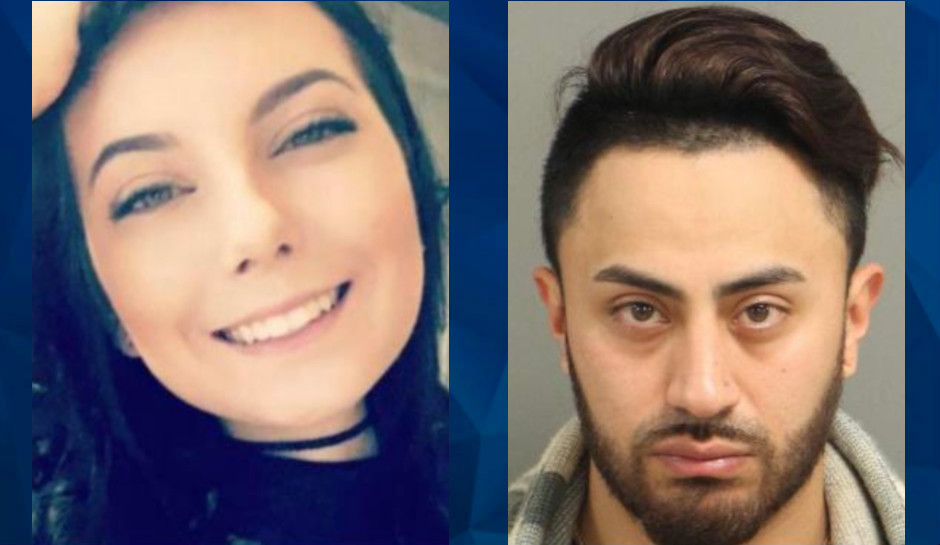 Investigators in North Carolina have found the body of a 26-year-old mom who was last seen at her home on November 25, the Raleigh News & Observer reports.

Investigators did not say what led them to Montgomery’s body, found Saturday in an industrial area of northwestern Raleigh near Brier Cree, WRAL said.

Search warrants filed in the case say that Jacome-Granizo picked Montgomery up at her home on the night of November 25 and that she later texted a friend to say she and Jacome-Granizo weren’t getting along, the News & Observer said. One message said that “She was going to kill Jose before he killed her,” the warrant said.

A second message, sent later in the night, said, “It is going to happen he is going to kill me first.” And then, Montgomery’s mother got a text that said her daughter was going to check into detox, something her mother said didn’t ring true without more explanation.

Jacome-Granizo was questioned on November 28, when he told detectives he took Montgomery to Thanksgiving dinner at his mother’s home, but she wouldn’t go inside because she had not done her hair. He went inside alone, he said, and when he returned a half hour later, she was gone.

But the warrants said that data from Montgomery and Jacome-Granizo’s cell phones show them both together after the visit to his mother’s house. Montgomery’s phone was turned off near WakeMed Cary Hospital, the warrants say.

“This disproves Jose’s story that he was not with Emily when she left his parents’ home,” the warrant said.

Apex police used those statements to obtain a search warrant for Jacome-Granizo’s Jeep Wrangler, where they allegedly found a large amount of blood in the front seat, according to the warrants. That led to his arrest on a charge of first degree murder. He is being held without bond at the Wake County Jail.

Montgomery’s mother told police that Jacome-Granizo had beat up her daughter at least once before, in September, according to the warrants.

Montgomery was the mother of a five-year-old boy, WRAL reported.

“She love that kid more than anything,” her friend, Jamie Boyd, told the station. “That was her whole, entire world. That was her motivating force for everything in life.”