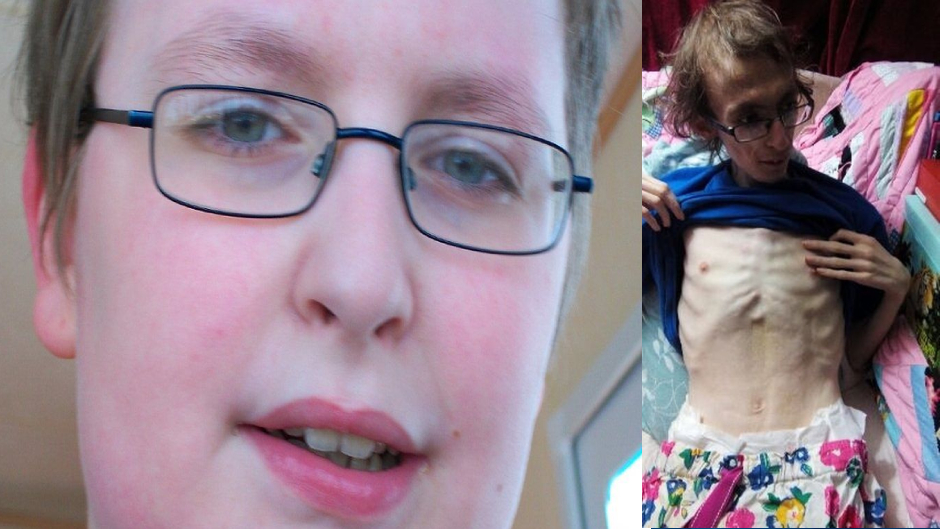 A British mother who starved her 18-year-old son until he died was recently released from prison after serving less than two years of a four-year sentence.

Dawn Cranston, 45, was convicted of manslaughter in the 2016 death of her son, Jordan Burling. Burling weighed less than 87 pounds and was confined to an air mattress in the living room by the time Cranston sought help for him, according to The Sun.

Burling was also covered in bedsores and used a diaper. Cranston fed the teen five milkshakes a day in the six months leading up to his death.

Social services reportedly became involved with the family in 2001, after a social worker determined Cranston and Jordan Burling’s father were financially struggling and needed assistance.

In 2002, a primary school raised alarms that Jordan Burling was being neglected, claiming he was barely toilet trained, had rotting teeth, and lacked language skills.

Jordan Burling’s parents split up the same year, after the family was evicted from their home for nonpayment of rent.

Dawn Cranston eventually moved in with her mother, Denise Cranston, 70, with Jordan Burling and her daughter, Abigail Burling, 25, in tow. Shortly thereafter, Dawn Cranston — who was unaware she was pregnant — gave birth to a boy in Jordan’s bedroom, according to the BBC.

The news outlet reported that Dawn Cranston did not call for help after she gave birth to a lifeless boy. She claimed she tried to save her son’s life for an hour with no success.

The newborn’s body was stashed in a large backpack in a cupboard at the family’s home. The baby was hidden behind board games and puzzle boxes for 14 years, according to the BBC.

A council housing department employee who visited the home in September 2015 noted that Jordan Burling appeared pale and was lying under a sheet on a lounge chair in the living room.

The report led the 18-year-old’s father to beg Dawn Cranston in multiple text messages to take their son to a doctor.

Dawn Cranston reportedly told the teen’s father that he took their son to the doctor and they could not determine what was wrong with him. In actuality, the teen had not seen a doctor in six years.

An examination revealed that Jordan Burling died of acute bronchopneumonia caused by the bedsores which riddled his body in addition to his inability to move. The teen was also extremely malnourished — so much so, an expert dietician compared his appearance to a World War 2 concentration camp victim.

Though Jordan Burling died from malnutrition, the home he died in was stocked with food. Photos taken weeks before the teen’s death show him lifting his shirt to reveal a skeletal frame. He also appears to be wearing a diaper.

Denise Cranston was also found guilty of manslaughter in her grandson’s death. She received a three-year sentence.

Abigail Burling was convicted of causing or allowing the death of a vulnerable person and sentenced to 18 months. Though she had moved out of the home, she reportedly stored her possessions at the residence and frequently visited before her brother’s death.

The Sun reported that Dawn Cranston is living in a bail hostel in northwest England.