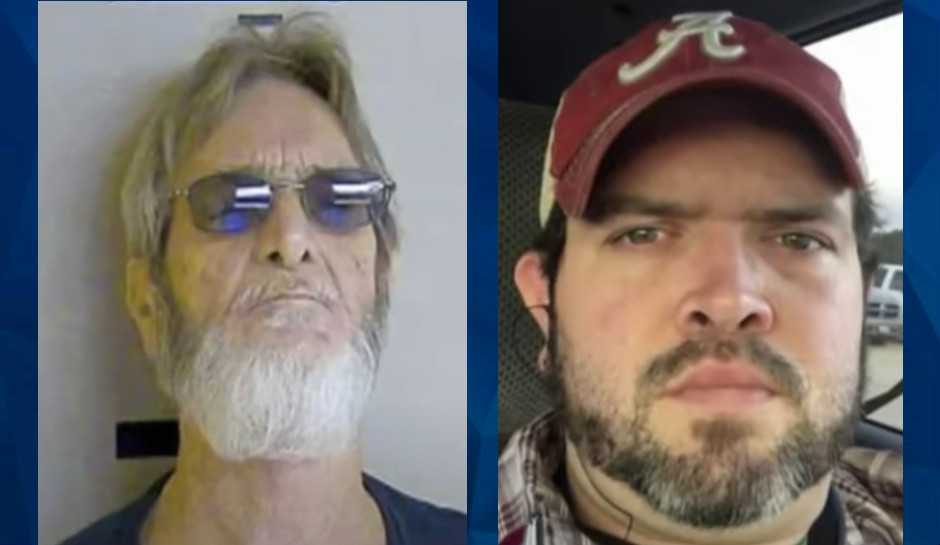 Alabama father and son kill each other in dispute over dog

A south Alabama father and son shot each other to death over the weekend in a dispute after the son allegedly killed the father’s dog, Fox10 News reports.

Nicholas Coker, 32, shot at four of the family’s dogs, killing two of the them, Saturday afternoon when one of the dogs reportedly “started messing” with his girlfriend’s young child, Washington County Sheriff’s Office chief investigator Blake Richardson said.

“His brother said, ‘Dad … is going to be upset that you killed his dog,’ and Nicholas allegedly pointed the shotgun at his brother and told him to get off his property or he would kill him,” said Richardson.

James Coker, 60, pulled up to his son’s home in his truck shortly afterward.

“Nicholas pointed his shotgun at his father, and his father … who was seated in his vehicle, drew his handgun, fired a shot, and struck Nicholas,” according to Richardson.

Before he died, Nicholas Coker, who was hit in the torso, fired back at his father, striking him in the neck and killing him.

“It’s unfortunate that they would not value human life not any more than that,” Richardson said.

The other dog killed in the incident belonged to Nicholas.

The sheriff’s office said that deputies had been at the Coker family’s property for an incident last week and have responded to multiple violent incidents there over the years. In fact, James Coke was charged with first degree assault in 2012 when he shot his other son three times in the arm, the sheriff’s office said.