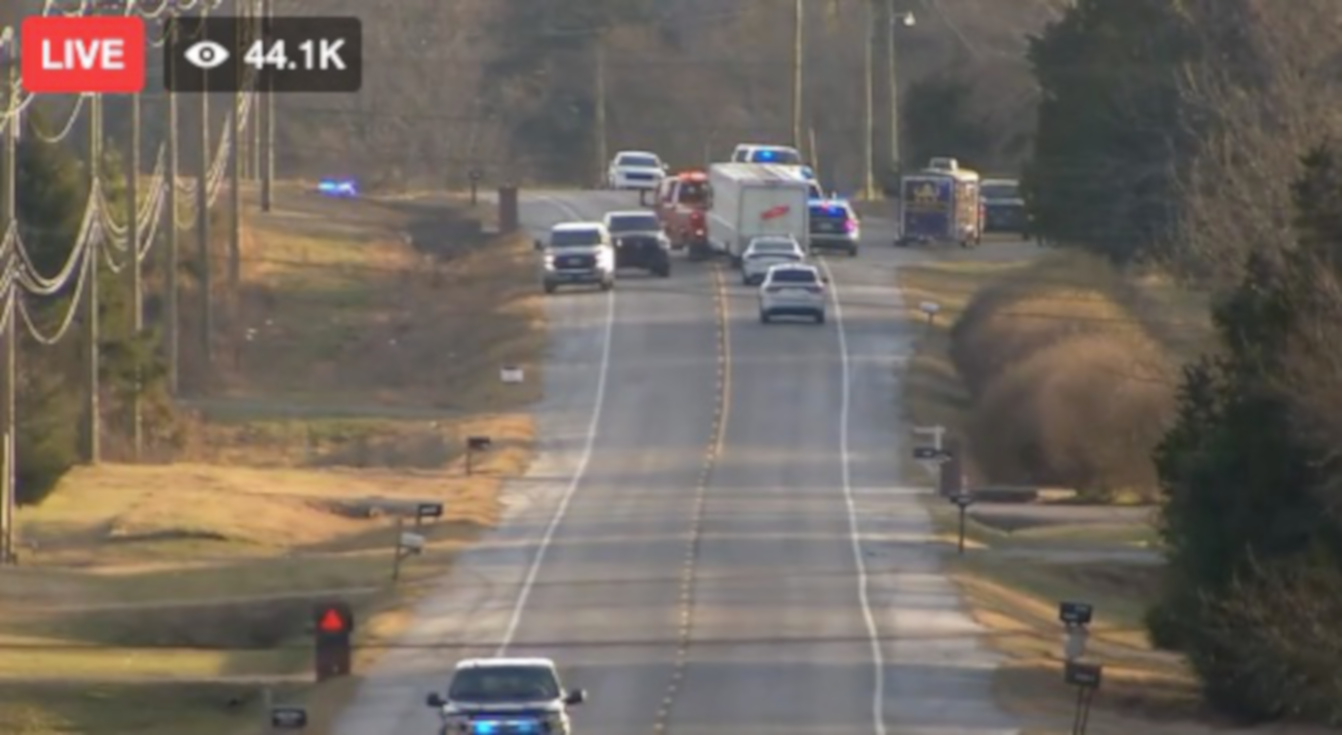 UPDATE: No explosives on truck that prompted shut down of Tennessee highway: Cops

The vehicle was said to have been playing ‘similar’ audio to that played by the Nashville bomber’s RV before it detonated.

Authorities in Middle Tennessee shut down a highway for several hours after receiving reports that a box truck was playing “similar” audio to what an RV played before it exploded in downtown Nashville on Christmas Day.

No explosives were found in the vehicle during a painstaking search that included a robot and a bomb squad officer in a bomb suit, Tennessee Highway Patrol Lt Bill Miller said, according to WSMV.

The Rutherford County Sheriff’s Office said the driver of the truck was detained, and the vehicle itself was towed from the scene, as seen on live video from WZTV Fox Nashville.

The sheriff’s office said they were notified at about 10:30 a.m. about the white truck parked at a convenience store in Walter Hill, about 40 miles southeast of Nashville, as CrimeOnline previously reported.

By the time deputies arrived, the truck had left Crossroads Market and travelled north into neighboring Wilson County on US231, where Wilson County deputies made a traffic stop and shut down the highway.

Wilson County Sheriff Robert Bryan told The Tennessean that five homes in the immediate area were evacuated as a precaution.

It’s not clear what type of audio the truck was playing. Reports from Nashville indicate the RV played a spoken warning about a bomb on a loop, a 15-minute countdown, and Petula Clark’s hit song “Downtown” before the explosion.

By 5 p.m., the scene had been cleared and the truck towed away.

Officials did not say more about the disposition of the driver, although Wilson County Sheriff’s Office Capt Scott Moore told Fox Nashville a minor was also in the vehicle.