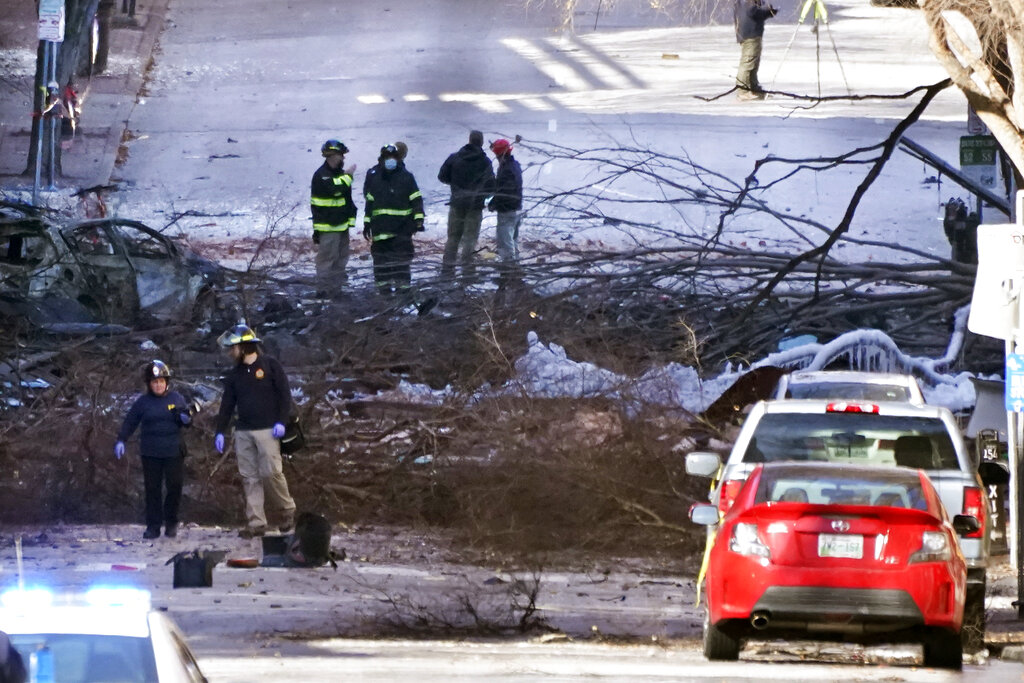 ‘The world is never going to forget me’: Nashville suicide bomber hints at Christmas blast when asked about holiday plans

A neighbor of the suspect in a Christmas morning suicide bombing had a brief conversation with Anthony Quinn Warner days before the Tennessee native died in an RV explosion investigators believe he caused.

As CrimeOnline previously reported, Warner, 63, is believed to be the only fatality in the early-morning explosion on Friday, when the streets of downtown Nashville were largely deserted. Before the parked RV exploded, residents heard a pre-recorded message warning them to evacuate the area, and multiple people called police to report the sound of gunshots, which may have also been on the recording.

Authorities have not yet determined a motive for the suicide bombing, but a former work associate of Warner’s said the FBI asked him questions about the suspect being paranoid about 5G technology. Nashville mayor Nashville Mayor John Cooper said on “Face the Nation” Sunday morning that he believed an AT&T building near the site of the explosion may have been the target. Further, the New York Times reports that Warner told a former girlfriend he had been diagnosed with cancer.

Fox 21 News reports that a neighbor of Warner’s has come forward about an interaction he had with Warner on December 21, four days before the explosion. Rick Laude told the news station that he was driving by Warner’s home when he saw him at this mailbox, and stopped his car to have a brief conversation. Laude said he first asked Warner how his elderly mother was doing, and then asked: “Is Santa going to bring you anything good for Christmas?”

Laude told Fox 21 News that Warner smiled before he responded. “Oh, yeah, Nashville and the world is never going to forget me,” Warner said, according to the interview.

It is unclear if Laude asked any follow-up questions or if the conversation ended at that point. The neighbor said the remark did not seem significant to him at the time, and that he thought it meant Warner had something positive coming his way. He also said that Warner had never previously behaved suspiciously.

“Nothing about this guy raised any red flags … he was just quiet,” Laude told Fox 21 News, adding that he was “speechless” when he learned of the explosion.

As the Tennessean reports, authorities confirmed that Warner was at the site when the bomb exploded, causing his death.

“He was present when the bomb went off and he perished in the bombing,” Don Cochran, U.S. Attorney for the Middle District of Tennessee, said at a news conference on Sunday.

David Rausch, director of the Tennessee Bureau of Investigation, told USA Today that gloves and a hat in the RV helped identify Warner as the suicide bombing suspect, and that a tip from a member of the public first put Warner on the radar of investigators.

“Calls that came in from the public were absolutely key to identification, at least with a name, a direction the investigation could take,” Rausch said.

Investigators have said they are confident no one else was at the site of the blast, and reportedly believe Warner worked alone. Several dozen buildings suffered extensive damage in the explosion, including an AT&T building in close proximity to the bomb.