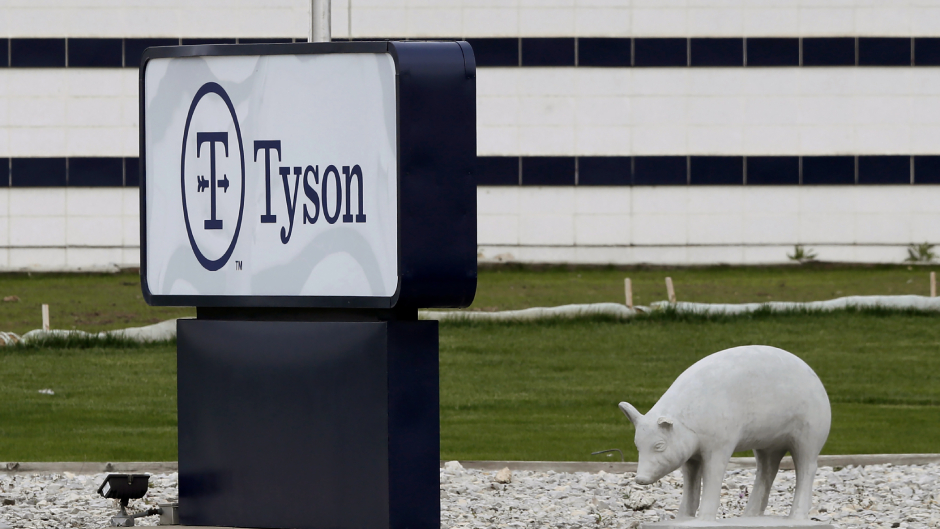 Tyson Foods managers PLACED BETS on how many workers would catch COVID; claim it was a ‘morale boost’: Report

One of the seven managers at a Tyson Foods plant in Iowa fired for betting on how many employees would contract COVID-19 recently broke his silence to defend the controversial ordeal that led to his termination.

Don Merschbrock, an ex-night manager at the pork plant in Waterloo, told the Associated Press that he and his six fired co-workers are “not the evil people” Tyson Foods characterized them as. He claimed he and his colleagues did right by their team members and did all they could to protect them from the deadly virus.

The seven managers were fired in mid-December, roughly a month after the company issued suspensions related to the alleged betting pool.

“It was simply something fun, kind of a morale boost for having put forth an incredible effort,” Merschbrock said.

The betting allegations surfaced a wrongful death lawsuit was filed by the families of four plant workers who died of COVID-19. Attorney Mel Orchard is representing the estates of Sedika Buljic, 58; Reberiano Garcia, 60; and Isidro Fernandez, who died in April, and Jose Ayala Jr., 44 who died in May after following a six-week battle with the coronavirus.

The lawsuit accused Waterloo plant manager Tom Hart of creating the “cash buy-in, winner-take-all betting pool for supervisors and managers to wager on how many employees would test positive for COVID-19,” according to AP.

The pool was allegedly created minutes after 2,800 workers were tested for COVID-19. Merschbrock told the news outlet that the winner received $50 for guessing the correct percentage of employees who tested positive for the virus.

County officials revealed in May that more than 1,000 workers at the Waterloo pork plant tested positive for the virus and six employees had died.

Merschbrock said he is willing to speak publicly because he is not listed as a defendant in the pending lawsuit which accused managers of not taking the pandemic seriously and forcing employees to work while sick.

The ex-night manager also claimed he and his colleagues were expected to keep up production while implementing precautions to prevent the virus’ spread. In doing so, he said they worked 12-hour shifts six to seven days a week.

“It was a group of exhausted supervisors that had worked so hard and so smart to solve many unsolvable problems,” Merschbrock told AP. “There was never any malicious intent. It was never meant to disparage anyone.”