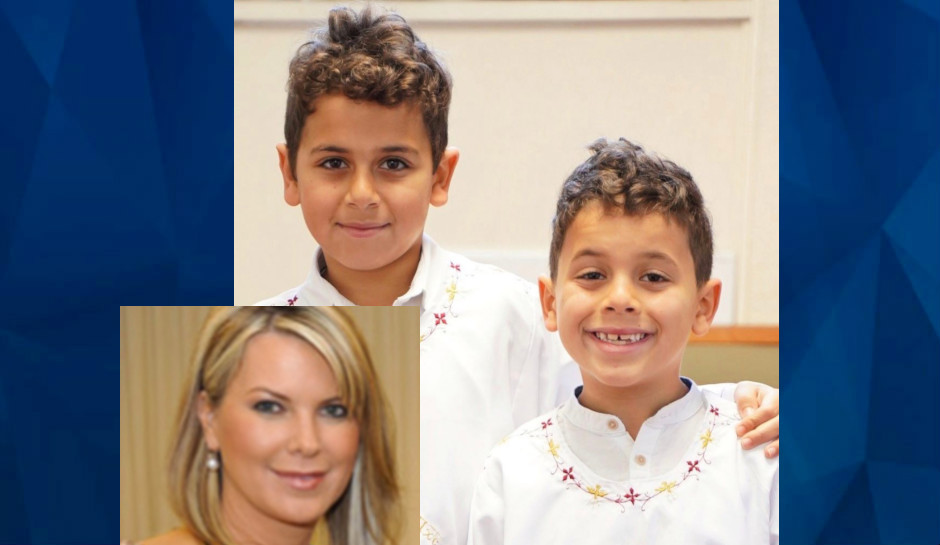 DEATH BY MERCEDES? LA socialite, allegedly mows down brothers, ages 11 and 8, then FLEES

A California socialite has been charged with murder months after she hit and killed two young brothers in her speeding car as they crossed a street with their parents, the Los Angeles County District Attorney’s Office announced Wednesday.

Rebecca Grossman, the 57-year-old co-founder of the Grossman Burn Foundation and wife of prominent plastic surgeon Peter Grossman, was arraigned on two counts each of murder and vehicular manslaughter with gross negligence and one count of hit-and-run driving resulting in death.

The September 29 incident killed 11-year-old Mark Iskander and 8-year-old Jacob Iskander, who were in a marked crosswalk in Westlake Village with their parents and siblings when Grossman allegedly slammed into them.

Grossman kept driving, coming to a stop about a quarter mile further down the street when her engine cut off, the DA’s office said.

“We believe speed is a factor. Alcohol is a factor. And part of the investigation revealed that she may have left the scene,” L.A. County sheriff’s Capt. Salvador Becerra said at the time, according to KTLA.

A family friend said the two boys were with their parents and two younger siblings, including a sister in a stroller, as the group cross the street shortly after 7 p.m. in September 29. The parents heard the speeding car approaching and got the two younger children out of the way, but the boys were too far head and were struck.

Mark was pronounced dead at the scene, and Jacob was rushed to a nearby hospital, where he died several hours later.

Grossman was arrested on vehicular homicide charges at the time and released on a $2 million bail. The upgraded charges came after further investigation.

The Grossmans live outside Los Angeles and have two children, according to Rebecca Grossman’s biography on the burn foundation’s website. They are active and multiple charities and lifestyle organizations, according to the website.

Grossman pleaded not guilty to all charges at Wednesday’s arraignment, and bail was set at $2 million. She faces a maximum sentence of 34 years to life in prison if convicted.