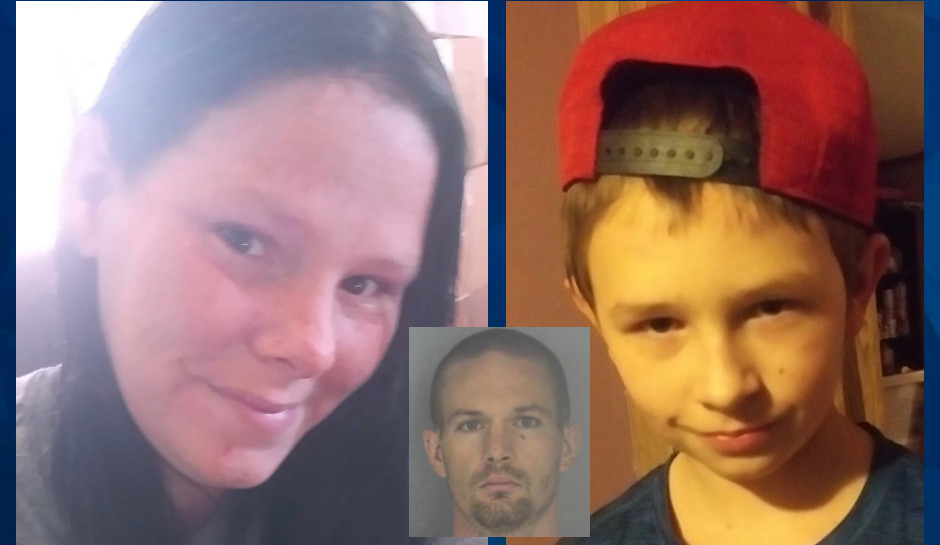 Stephanie Plumb’s two daughters were wounded in the attack, which police say came from her boyfriend.

A Missouri man has been charged with the New Year’s Eve murders of his girlfriend and her teenage son and the attempted murders of her two daughters, the Springfield Police Department reports.

Springfield police were dispatched to the home when a 911 caller reported the 14-year-old girl outside with her throat cut, KOLR10 said. Another person spoke with dispatchers during the same call and said that he had rushed to house and kicked the door open. He reported seeing a bald man in a white shirt inside, who ran away toward the back of the house. This witness said he pulled the 7-year-old girl out of the house after the bald man ran off.

Police said they received other calls about a man wearing bloody clothes not far away, set up a perimeter, and eventually took King into custody. He was checked out at a local hospital before being booked into the Greene County Jail.

Inside the home, officers found the bodies of Plumb and Moore, who, neighbors said, did not live at the home and was visiting his mother during winter break. Police also found bloodstains on the open, sliding-glass door in the back and a knife on a chair in the living room.

King told the officer who found him he had no weapons on him and that the knife was “back at the house,” KOLR 10 said.

The probable cause statement said the King admitted the stabbings but said he “hoped he didn’t get” the 7-year-old.

“As the interview progressed,” the probable cause statement says, “Brandon admitted he decided on 12/30/2020 to kill everyone in the house because he was currently facing a new charge in Christian County and he was going to flee the state. Brandon said he knew about some money at the house he could steal from [the 32-year-old]’s mother, and he wanted to steal [her] mother’s van. Brandon decided to kill everyone because he didn’t want to leave any witnesses to the theft.”

According to KOLR10, King said he stabbed two teenagers first and that the noise from stabbing the teen girl awoke Plumb. King said that he stabbed her in the living room and that the younger girl tried to stop him. He said he swung the knife at her and may have accidentally struck her.

At that point, King told investigators, he heard a man knocking on the front door, yelling not to hurt the kids as he kicked the door in and pointed a gun at him. King said he tossed the knife and ran.

And, he told investigators, if that man hadn’t kicked the door in, he would have killed the youngest child.

Cori Arb, the man who kicked in the door, told KFVS12 he “had nightmares all night” after the incident. He and his friend saw the 14-year-old girl when he arrived home and she “looked like she was covered in mud.” They quickly realized it was blood.

“I asked if she was all right and she said no somebody was attacking her mom,” Arb said.

He kicked the door in when he heard the younger girl screaming and found the mother dead inside and the killer standing in the room. “I remember looking right at him dead in the face,” Arb said. “It’s hard to picture it. He dropped something in his hand.”

It’s not clear what “new charge” King may have been facing in Christian County. He was due to go on trial in June on a forgery charge, according to Missouri court records.