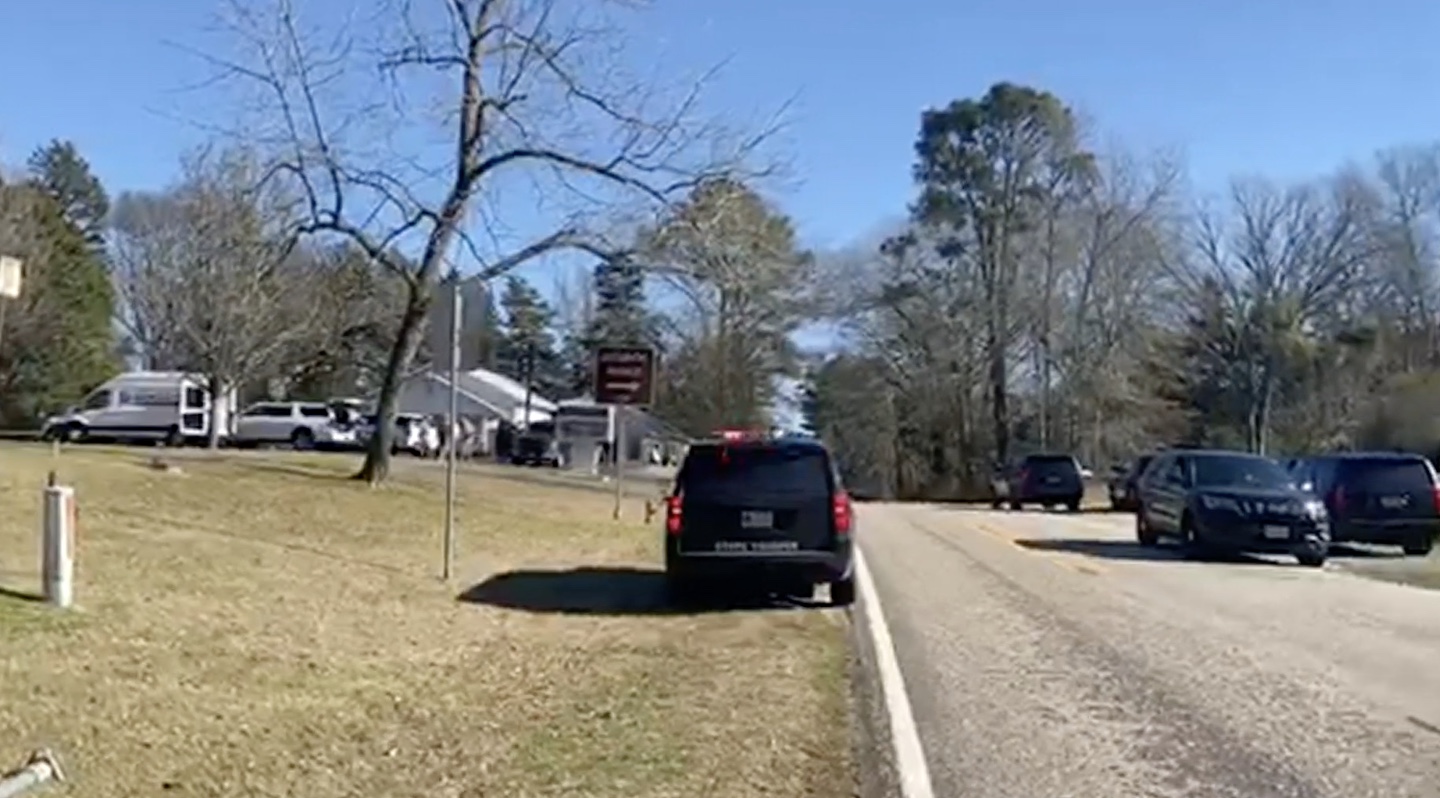 A fugitive hiding in an East Texas church disarmed an armed pastor Sunday morning and shot and killed him before fleeing in the pastor’s car, the Dallas Morning News reports.

Another person in the church was wounded in the shooting and a third was injured in a fall, police said. None of the victims nor the suspect have been named by police.

The suspect, who bailed out of a car during a police pursuit Saturday night, was caught later further east in Harrison County, according to Smith County Sheriff Larry Smith.

Smith told CBS DFW that the suspect, identified as a 21-year-old man, had been involved in the chase for about two hours. According to CBS 19, he was driving a dark-colored Volkswagen Beetle with a shotgun pointed out the window, and he left the car about about 7:30 p.m. when a tire blew out and fled into the woods. Deputies searched for him with drones and dogs, but eventually called off the search until morning, according to the Morning News.

Sometime in the night, Smith said, the suspect gained access to the Starrville Methodist Church and hid inside a bathroom stall, CBS 19 said. At about 9:30 a.m., the pastor opened the stall door and found the man inside. The pastor, who was armed, drew his gun and told him to leave, but the suspect disarmed him and shot him.

When deputies arrived, they found the victims. The pastor was pronounced dead on the scene, and the other two were taken to a hospital for treatment, with the wounded person undergoing surgery. Their conditions were not immediately known.

Smith County deputies spotted the suspect in pastor’s car and tried to stop him, but he jumped onto Interstate 20 and headed east at speeds as high was 120 miles per hour.

Law enforcement finally stopped the car in Marshall and arrested the suspect. He was taken to a hospital for treatment of a gunshot wound to the hand; it’s not clear when he was shot.

The sheriff’s office said they recovered a weapon as well as the stolen car.

Smith told the Morning News that the church was not targeted and that services were not taking place at the time of the shooting.

“The church happened to be the location he could get into and take refuge,” the sheriff said.