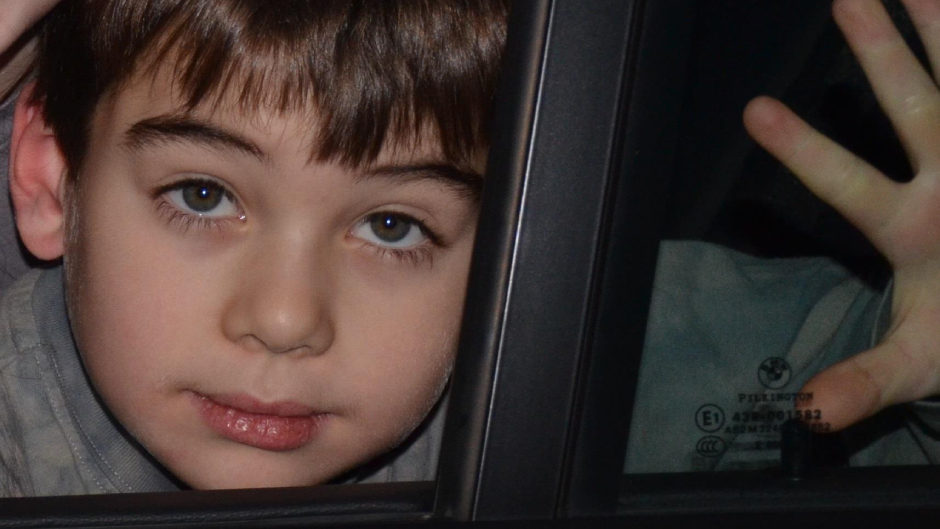 The father of Noah Pozner — the youngest of 26 people killed at Sandy Hook Elementary in 2012 — reportedly wore a disguise during a sitdown interview with CBS “60 Minutes” as he continues to be the target of online and in-person harassment.

According to CBS, theatrical makeup artists created a disguise for Leonard Pozner to wear during his interview with “60 Minutes,” which aired on Sunday. The slain 6-year-old’s father appeared on the show to speak out against Section 230 of the Communications Decency Act, which critics say shields large internet companies from liability when disinformation, threats, and harassment are posted on their platforms.

The 1996 federal law was passed before the creation of Facebook or Google. CBS explained that Section 230 of the law essentially prevents individuals from suing these companies, as they are not liable for what their users post. This provides virtually no recourse for people victimized by online conspiracy theories as their tormentors are often anonymous.

Over the years, Leonard Pozner and other parents of Sandy Hook shooting victims have been accused of being paid to fake their children’s death. Online conspiracy theories surrounding the mass shooting have caused real-life turmoil for the victims’ families.

“That Noah did not die. That I’m not Noah’s father. It all revolves around the notion that these are staged shootings, that they’re scripted events, that I’m an actor, that I’m paid to fake the death of a child,” Leonard Pozner told CBS.

Four years following his son’s murder, Lucy Richards, 57, left Leonard Pozner a series of voicemails and emails in which she claimed the Sandy Hook shooting was a hoax and threatened his life. In turn, Leonard Pozner contacted the FBI.

In 2017, Richards was sentenced to five months in prison for the ongoing harassment. She was reportedly among a group of online conspiracy theorists who believed the mass shooting was a hoax devised to push gun control.

“There isn’t any longer a separation between the online world and the offline world,” the father told “60 Minutes.”

“What is said about you will carry over into your personal life, into your career, into your relationships, into your community. And it will impact your life.”

Leonard Pozner has reportedly faced harassment from individuals who, unlike Richards, carry out their actions anonymously.

CBS reported that in one instance, Leonard Pozner was in court to seek a restraining order against a cyberstalker when another tormentor met him outside the courtroom to harass him, according to CBS.

In 2019, Leonard Pozner won a defamation lawsuit against “Nobody Died at Sandy Hook” authors James Fetzer and Mike Palacek. Not only did the controversial 2016 book allege the mass shooting which killed 20 children never happened, but it accused Leonard Pozner of presenting a fake copy of his son’s death certificate.

As part of an agreement, the book’s publisher, Moon Rock Books, announced they would stop selling the book. The company revealed they had several face-to-face conversations with Leonard Pozner, leading them to believe him about the death of his 6-year-old son.

In 2019, a Texas judge ordered Infowars’ Alex Jones to pay $100,000 to a Sandy Hook victim’s father for defamation. Leonard Pozner also sued Jones in April 2018. In February 2019, a Connecticut judge ordered Jones to submit a sworn deposition as part of the ongoing lawsuit.

In light of the ongoing harassment, Leonard Pozner founded the HONR Network. The non-profit organization works to remove disinformation from social media platforms like YouTube and Facebook.

“60 Minutes” spoke with Maatje Benassi, a U.S. Army reservist who was accused of being COVID-19’s patient zero. The Virginia mother and her husband reportedly turned to the HONR Network after they received death threats and had their address posted online.

CBS reported that Leonard Pozner and his organization managed to get a video by a prominent coronavirus denier targeting the Benassis, removed from YouTube.

YouTube told the news outlet that it prioritizes all takedown requests from the HONR Network.

“It [the internet] doesn’t give people the right to defame someone or incite others to hunt someone down,” Leonard Pozner told “60 Minutes.”

“Just generally terrorizing someone is not free speech.”