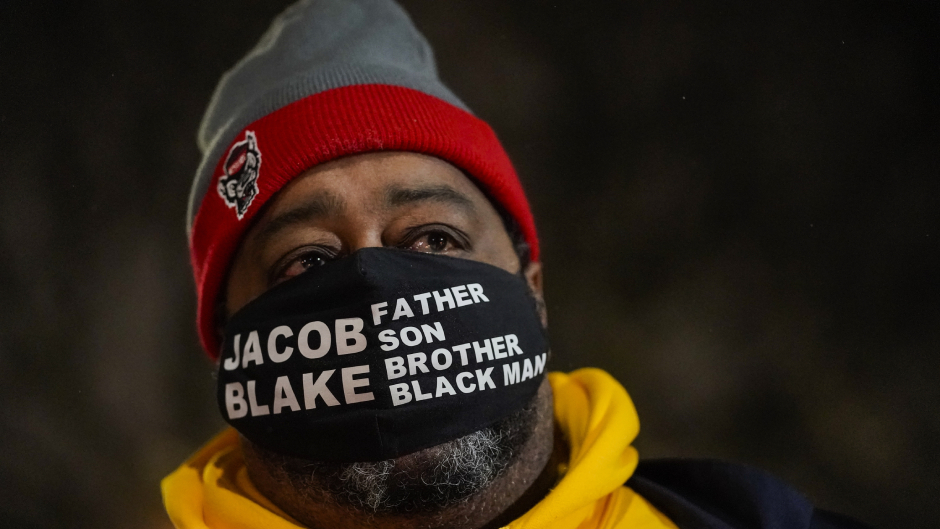 BREAKING: NO CHARGES against police officer in controversial shooting of Jacob Blake

Officials announced Tuesday that there will be no charges against the Wisconsin police officer who was filmed shooting Jacob Blake in the back seven times, leaving him paralyzed.

Kenosha County District Attorney Michael Graveley said Kenosha police officer Rusten Sheskey has a credible argument for self-defense in the August 23 shooting. The two officers who were present when Sheskey shot Blake, 29, will also not face criminal charges, according to the Milwaukee Journal-Sentinel.

Sheskey was reportedly investigating a domestic incident when he shot Blake. The Wisconsin Department of Justice, who investigated the controversial shooting, said officers attempted to arrest Blake as he walked away.

WTMJ reports that Blake was shot while trying to get into a nearby SUV. Officers had tased Blake twice before he was shot.

While cellphone video caught Sheskey shooting Blake as he got into a vehicle where his children were passengers, Sheskey said evidence not shown on tape influenced his decision not to press charges.

The prosecutor said it is “incontrovertible” that Blake was wielding a “razor blade-type knife” when Sheskey shot him. Blake allegedly admitted to possessing the item, though it is unclear whether he had reached for it during the August 23 ordeal.

“It’s really evidence about the perspective of Officer Sheskey at each moment and what would a reasonable officer do at each moment,” the prosecutor said, according to the Courier-Journal.

“Officer Sheskey felt he was about to be stabbed.”

Blake is reportedly home after spending months in the hospital and rehab. He is currently serving two years probation on charges that stemmed from his August 23 arrest for violating a restraining order, the news outlet reported.

A month before the shooting, Blake was charged with third-degree sexual assault, trespassing, and disorderly conduct in an incident that took place at his girlfriend’s home. In that case, he agreed to plead guilty to two misdemeanor counts of disorderly conduct involving domestic abuse.

On August 25, Kyle Rittenhouse, then 17, allegedly shot and killed two demonstrators who were protesting the officer-related shooting in Kenosha. The teen turned surrendered to police in Antioch, Illinois, the following day.

Rittenhouse reportedly used an AR-15-style weapon to carry out the fatal shooting. While he claimed he opened fire after being hit in the head and neck with a baseball bat and skateboard, medics reportedly only observed superficial scratches on his arm.

The same day a charging decision in Blake’s shooting was announced, Rittenhouse pleaded not guilty to intentional homicide, attempted homicide, reckless homicide, recklessly endangering safety, and possession of a dangerous weapon by a person under 18.

Rittenhouse is currently free on a $2 million bond. His trial is scheduled to begin on March 29.