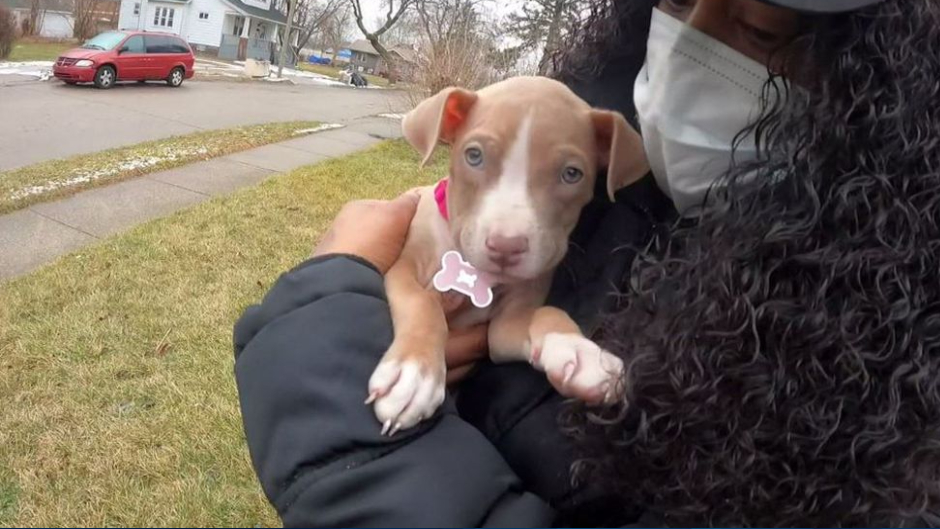 Surveillance footage apparently shows a Doordash driver stealing a puppy at a Michigan home while making a food delivery on New Year’s Day.

Fox19 NOW reports that a 26-year-old Doordash worker allegedly stole the 8-month-old puppy, named Bella, from Ashley Swinton’s home in Warren. Security footage captured the suspect petting Bella before picking the pup and taking her to a car.

“We got her two days before Christmas, and just a couple of days ago, I had food delivered,” Swinton said, according to Click On Detroit.

Police said Doordash assisted them in tracking down the woman. She confessed to stealing the dog but she did not say why she did it, the news station reported.

Officers eventually returned the puppy to the family.

“You can’t trust anybody. You just can’t,” Swinton added.

Charges are expected to be filed in this case. Authorities have not yet publicly named the suspect.