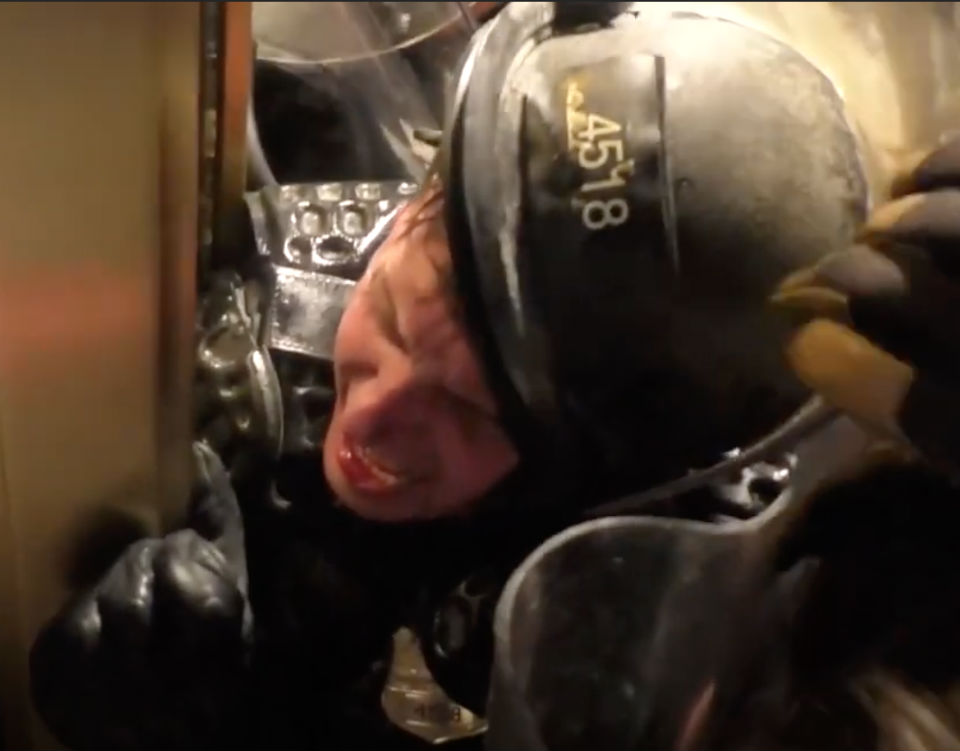 Video has surfaced of a bloodied police officer who appears to be pinned inside a door as Trump supporters overtook the U.S. Capitol on Wednesday.

The New York Post obtained video, taken by freelance photographer Jon Farina, of a crowd of rioters pushing their way into the building as police officers told them to go home. At one point, as the crowd surges forward, a police officer, believed to be a member of the Capitol police department, is pinned between a riot shield and a door, crying out in pain.

The officer also appears to have blood in or near his mouth. Earlier in the video, a protester is seen pulling on the gas mask worn by an officer in the same area, before the camera briefly cuts away. The number on the helmet indicates that it is the same officer who was pinned, and who is not wearing the mask later in the video, suggesting that it was pulled all the way off.

As CrimeOnline previously reported, Capitol police confirmed Thursday night that an officer died after sustaining injuries in the riot. According to multiple reports, he had been hit in the head with a fire hydrant. A woman died in a police-involved shooting after she reportedly tried to climb through a window, and three others died in what police described as “medical emergencies.”