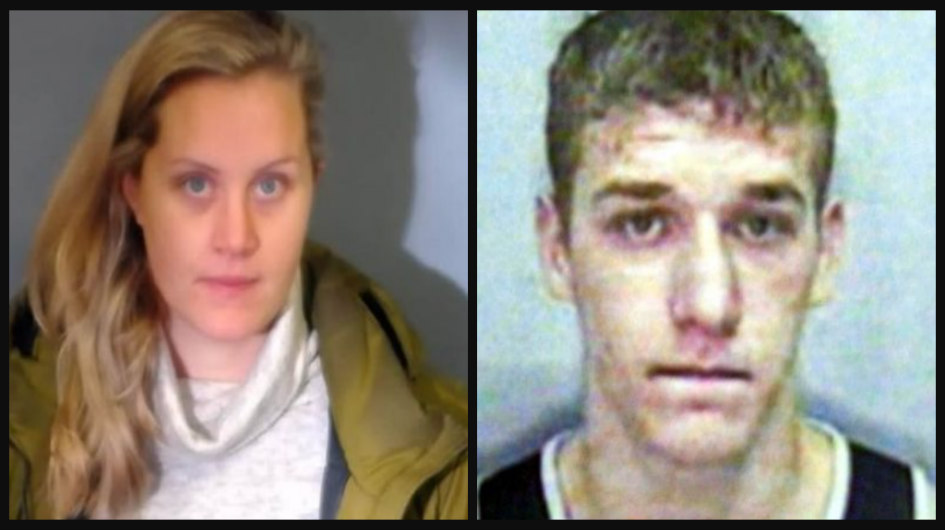 A prison guard who carried on an illegal affair with an inmate will be spending the next three years behind bars.

WalesOnline reports that Lauren McIntyre, 32, carried on a secret relationship with convicted killer Andrew Roberts while he was serving time in prison on the Isle of Wight in England.

As CrimeOnline previously reported, when McIntyre worked at the HMP Isle of Wight prison Newport between August and December 2018, she had a sexual relationship with inmate Andrew Roberts. Roberts was sentenced to two life prison terms after strangling his girlfriend, Louise L’Homme, and their infant daughter, Tia, inside their South Wales home in 2003.

Roberts sprayed the victims’ bodies with perfume and aftershave to mask the smell, then fled his residence. Authorities captured him five days later.

McIntyre is accused of knowing that Roberts had a cellphone and knowing of an imminent attack against fellow prison guard, Samuel Laidler. McIntyre allegedly approved of the attack and did nothing to stop Roberts. She also reportedly gave Laidler’s phone number to Roberts.

McIntyre is also accused of giving Roberts her own number, sending photos of herself, and allowing him to try to put money into her bank account.

During Roberts’ hearing on Thursday at the Isle of Wight courthouse, the court heard about the intimate text messages exchanged between the pair in 2018.

Roberts: “Today was really hot and risky but I am so needing it right now.”

A few days later, McIntyre sent another text saying, “I have had hands on you so I guess it’s time you got hands on me.”

Judge Roger Hetherington told McIntyre she showed little regard for the prison system by carrying on the secret relationship.

“The effect of this sort of misconduct obviously is to undermine the safety and integrity of the prison service. It has a corrosive effect on everyone within the prison system and reduces the service in the estimation of the public whose support is so much needed if the public is to have confidence in the criminal justice system.”

After the judge sentenced McIntyre to three years in jail, she reportedly cried uncontrollably as she was led out of the courtroom in cuffs. She’s the mother of an infant and a 5-year-old child.