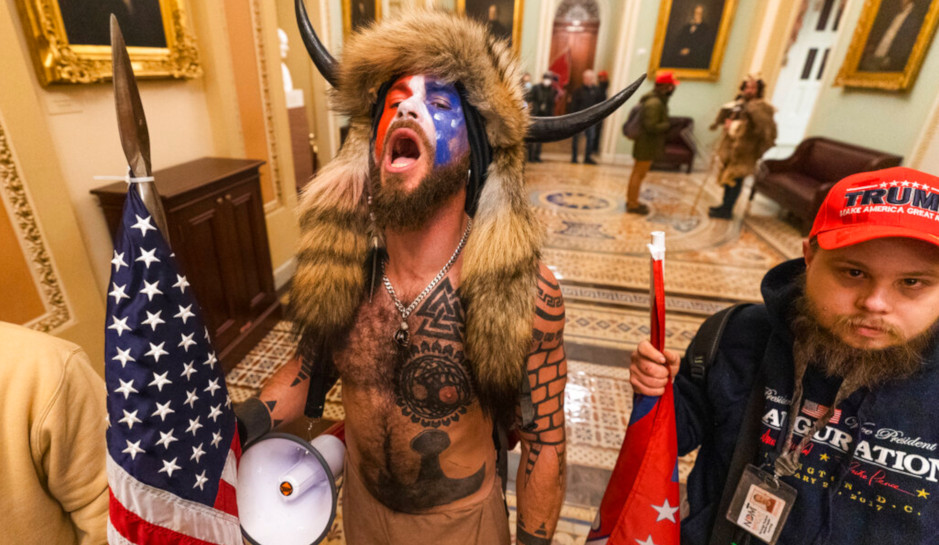 The pro-Trump rioter seen in a bearskin headdress and horns in the Capitol last week is refusing to eat unless he’s given an organic diet, his mother told the Arizona Republic.

“He gets very sick if he doesn’t eat organic food,” Martha Chansley told reporters outside the Phoenix courthouse where Jacob Chansley — aka Jake Angeli — participated by telephone in a hearing. “He needs to eat.”

Gerald Williams, Chansley’s public defender, told the court Chansley hadn’t eaten since he was taken into custody on Saturday. Williams said Chansley had a restricted diet but couldn’t say if it was for religious or health reasons.

Magistrate Judge Deborah Fine told Williams to work something out with the US Marshal’s office. “Mr Chansley needs to eat,” Fine said.

Fine ordered Chansley held until January 15, when she would rule on whether he could be released before going to Washington, D.C., to face the charges against him.

Martha Chansley also told reporters that she hasn’t spoken to her son since he turned himself in. “I really need to speak with my son,” she said.

Chansley, who is a regular fixture at pro-Trump, anti-mask, and electoral fraud protests in Arizona — always wearing his signature headdress, carrying a spear, and going shirtless to display his tattoos — is often referred to as the QAnon Shaman in Phoenix.  He is a firm believer in the  baseless QAnon conspracy theory that says Donald Trump is on the verge of revealing a vast world-wide conspiracy of politicians and entertainment figures — mostly Democrats — who kill children and drink their blood, among other outrageous ideas.