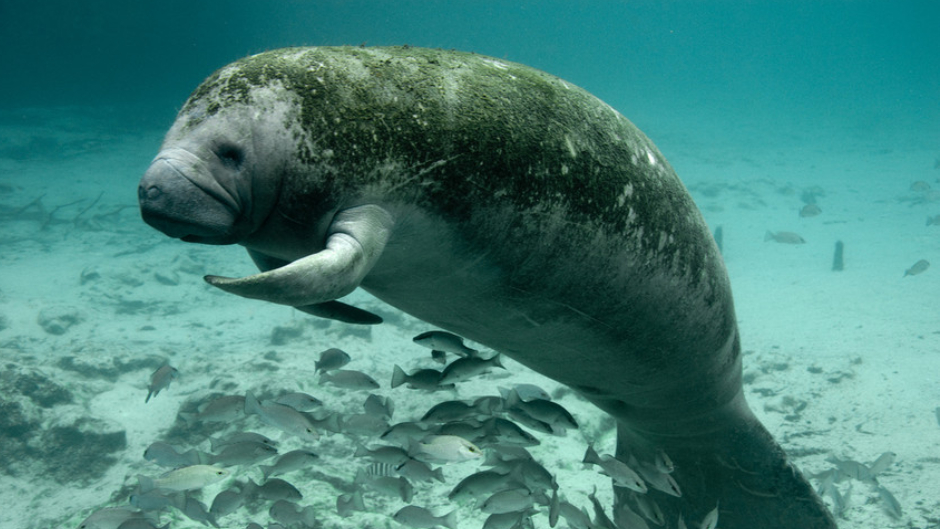 $5K reward for animal abuser who carved ‘TRUMP’ into a manatee: Police

Florida officials announced Monday that they are offering a $5,000 reward for information after a manatee was reportedly spotted Sunday with the word “TRUMP” carved into its back.

The Center for Biodiversity said in a statement that they are offering the reward after the U.S. Fish and Wildlife indicated that someone scratched the word into algae on the animal’s back. The female West Indian manatee was reportedly first seen in the headwaters of the Homosassa River, according to the Citrus County Chronicle.

Manatees are protected under the Endangered Species Act. The law also makes it a federal offense to harass the animal.

Boat captain Hailey Warrington, who shared footage of the manatee with the media, told WTVT that she was leading a tour when she spotted the female manatee. She reportedly recognized the manatee as a regular due to its boat scars, but she also noticed some new scars on its back.

The Center for Biodiversity said the slow-moving aquatic mammals have no natural enemies, but boating incidents amount to 20 percent of human-related deaths.

Anyone with information regarding the incident is asked to call the Florida Fish and Wildlife Conservation hotline at 888-404-3922.