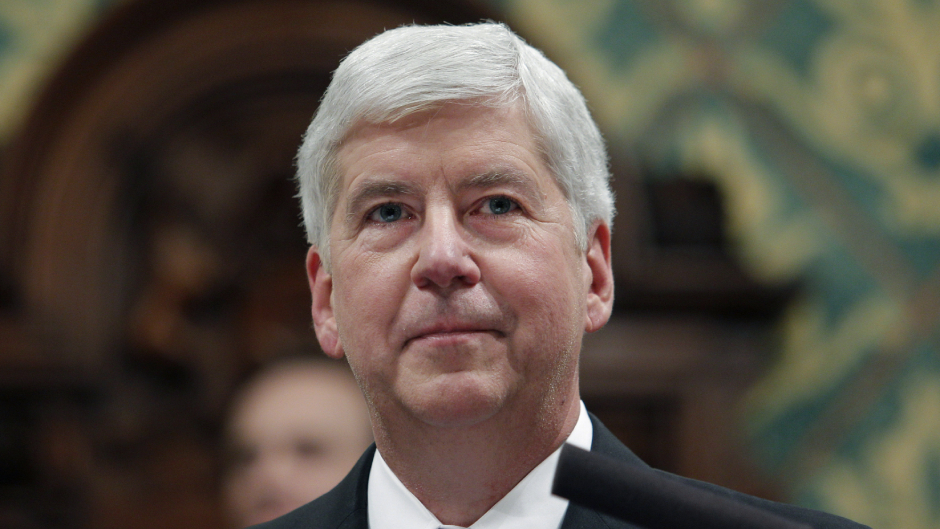 Former Michigan Governor Rick Snyder and other officials are expected to be criminally charged in connection with the Flint water crisis, according to reports.

Meanwhile, sources told The Detroit News as many as 10 people will be charged in regards to the Flint water crisis. It is not immediately known what criminal charges they will face.

Snyder, a Republican, served as governor from 2011 to 2019. MLive reported that Snyder not only played down the severity of the Flint water crisis in 2014 and 2015, but the emergency managers he appointed made several decisions that resulted in the city getting their drinking water from the Flint River.

Lyon stood trial in 2018, accused of failing to adequately inform the public of the contaminated drinking water. The following year, prosecutors dropped the criminal charges against Lyon and seven more people, as prosecutors working under a new attorney general vowed to reconduct their investigation.

Prosecutors’ decision to drop the charges against Lyon et al. did not apply to seven officials who previously pleaded guilty to misdemeanor offenses. However, the Associated Press reported that they had their convictions removed from their records because they cooperated with authorities.