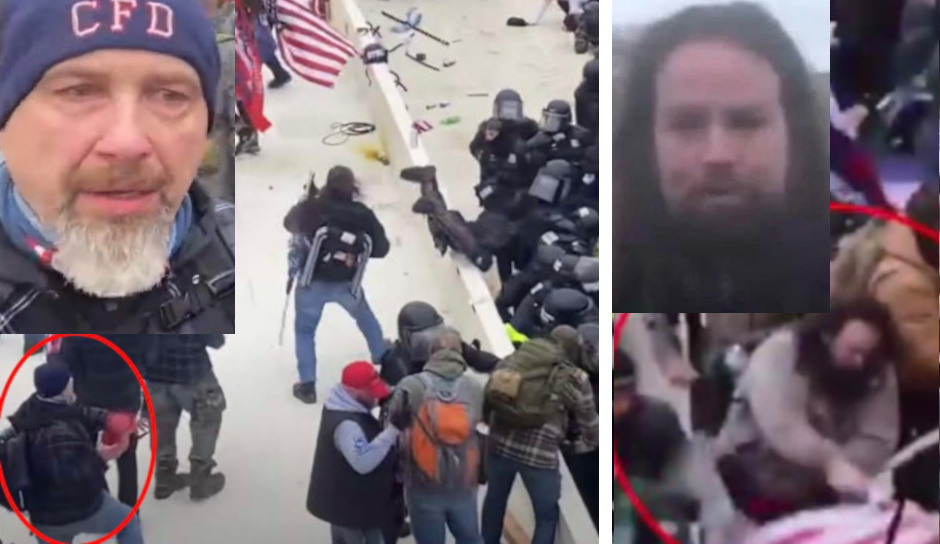 2 arrested for attacks on police officers during deadly Capitol riot

Man seen on video beating officer with American flag said ‘Death is the only remedy for what’s in’ the Capitol.

Two men accused of assaulting police officers during last week’s violent pro-Trump mob attack on the US Capitol have been arrested.

Peter Francis Stager was arrested on Wednesday in Arkansas and faces an initial charge of obstructing, impeding, or interfering with a law enforcement officer lawfully engaged in the performance of his duties during the commission of a civil disorder, KATV reported.

Retired firefighter Robert Sanford, 55, was arrested Thursday in Pennsylvania and charged with knowingly entering a restricted building, disorderly conduct on Capitol grounds, civil disorder and assaulting officers engaging in their official duties, according to ABC7.

Court documents in Arkansas say that Stager was seen in a video beating a Metropolitan Police officer with a flag pole bearing a US flag, KATV said. The mob had grabbed the officer, identified as “B.M.,” dragged him down the stairs of the Capitol, and forced him to the ground as they brutally attacked him. In one video, Stager says that “everybody in [the Capitol] is a treasonous traitor. Death is the only remedy for what’s in that building.”

The arresting affidavit says that two people recognized Stager and reported him to authorities. One of them said Stager told him he thought the person he was hammering with his flag was a member of “antifa,” although the officer was clearly wearing a police uniform with “Metropolitan Police” on his clothing.

Charging documents in Pennsylvania say that Sanford is seen in videos throwing a fire extinguisher at police officers. The extinguisher bounced off the heads of three officers, two of whom were wearing helmets. A federal magistrate ordered him held until a hearing in Washington on the charges. Sanford’s attorney argued that his client had no intention of committing crimes when he went to Washington and was not a member of any extremist groups, but prosecutors said that investigators found his “Proud Boys” t-shirt during a search of his home.

Sanford, who wore a “CFD” beanie during the assault, worked for the Chester Fire Department from January 1994 until February 2020.

Five people died in the riots, including Capitol Police Officer Brian Sicknick, who was reportedly hit in the head with a fire extinguisher.