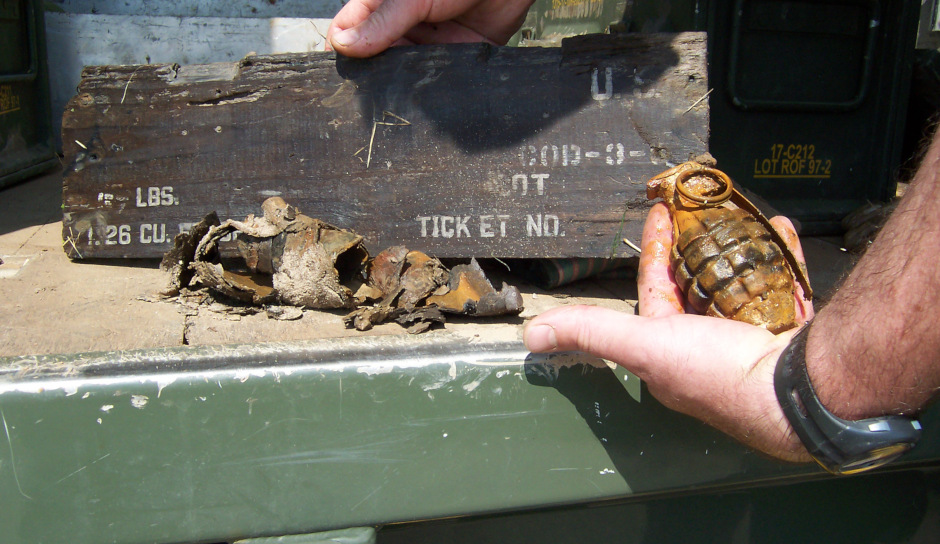 Federal agents have located a grenade sold at a North Carolina antique mall they worried might be live after another, sold at the same store, killed a 12-year-old in Virginia last month.

“Fortunately, the device was recovered intact and did not cause any injuries,” the Bureau of Alcohol, Tobacco, Firearms, and Explosives (ATF) said.

Investigators said they believe that both the vendor and the buyers of the two grenades knew they could be dangerous.

Asher Hurley died from injuries caused when a hand grenade exploded on December 23 in Abingdon, Virginia, officials said. The Virginia state medical examiner classified the boy’s death as accidental, caused by penetrating injuries to the head, torso, and extremities.

The Mk2 grenades, a style used during World War II, were sold at Fancy Flea Antique Mall in Ocean Isle Beach, North Carolina, on June 13, 2020, ATF said. All involved believed the grenades to be inert.

“For devices like this, you have a lot of collectors, veterans, people that are just interested, history buffs — so they buy these as a prop or a novelty item and that’s perfectly fine,” ATF public information officer Corey Ray said. “There’s nothing against that. However for a live grenade, that’s considered a destructive device by ATF and it’s illegal to possess.”