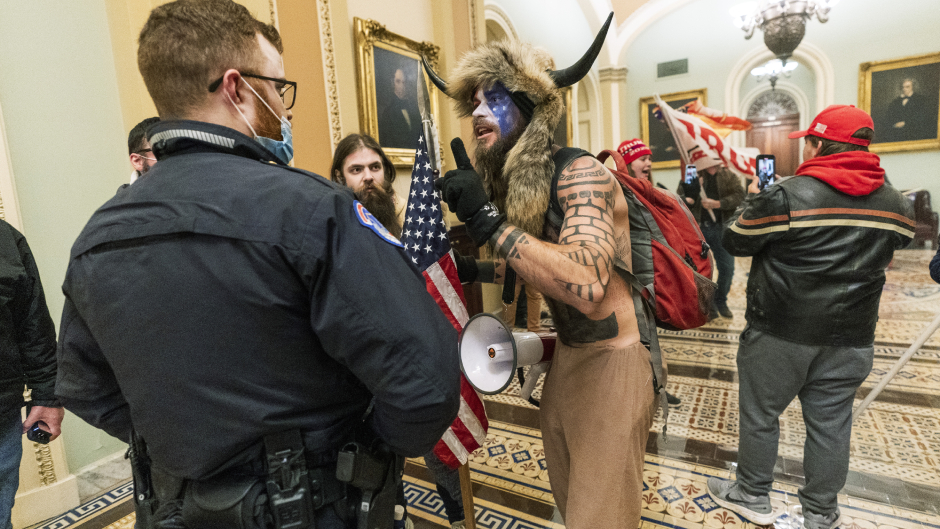 On Friday, a leading federal prosecutor in Washington, D.C. disputed claims that rioters intended to capture and kill elected officials during last week’s storming of the U.S. Capitol.

According to Reuters, Acting U.S. Attorney Michael Sherwin said there is no “direct evidence” supporting claims that rioters had formed “kill capture teams,” made by federal prosecutors in Arizona who asked the court to detain Jacob Chansley.

Chansley — an accused QAnon conspiracy theorist who allegedly broke into the Capitol wearing a fur hat adorned with horns — was eventually arrested and charged with obstructing the conduct of a law enforcement officer and obstructing an official proceeding.

“It’s only a matter of time, justice is coming,” Chansley allegedly wrote in a note to Vice President Mike Pence that he left on the Senate dais.

While Chansley said his message was not meant as a threat, he told the FBI that Pence is a “child-trafficking traitor,” according to NPR.

According to Reuters, Arizona prosecutors wrote in a memo that Chansley’s comments and actions at the Capitol “support that the intent of the Capitol rioters was to capture and assassinate elected officials in the United States government.”

Sherwin’s office in Washington, D.C. is leading the prosecution of Capitol rioters. Sherwin said there may have been a “disconnect” between his office and local authorities who are in the process of identifying and arresting suspects, Reuters also reported.

Sherwin also revealed Friday that his office has active investigations into more than 275 people in connection with last week’s incident.