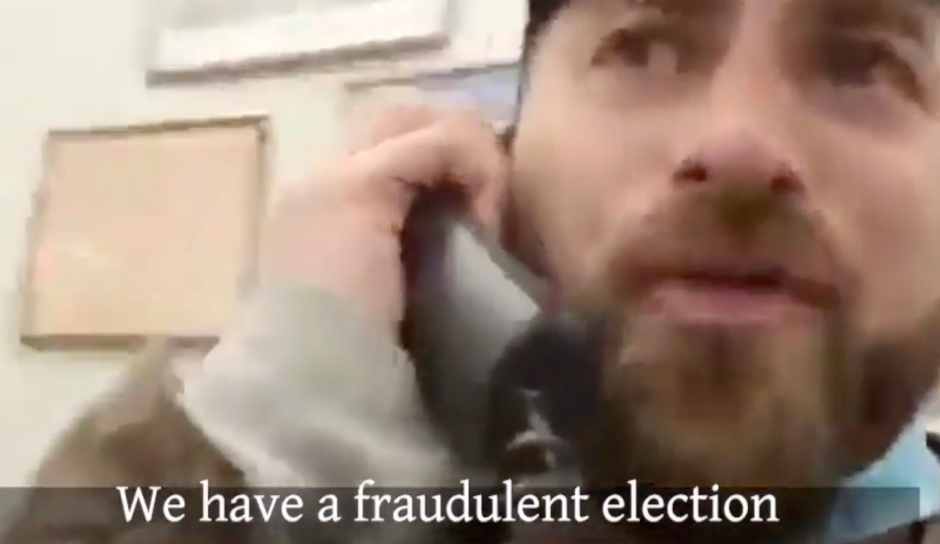 Alt-right social media personality Tim Gionet, aka Baked Alaska, was arrested by federal agents in Houston on Saturday and charged for his participation in the deadly mob attack on the US Capitol on January 6, the Associated Press reports.

According to a statement of facts, Gionet allegedly livestreamed the attack for 27 minutes on the DLive gaming platform, one of the only platforms that has not banned him for anti-semitic and white nationalist posts, and the video was later uploaded to other platforms.

Gionet is heard throughout his livestream telling other rioters he won’t leave the Capitol, urging others to stay, and cursing at police officers he calls “a f****** oathbreaker you piece of s**.”

Federal authorities in Washington have charged Gionet with violent and disorderly conduct on Capitol grounds and knowingly entering a restricting building without lawful authority, according to the complaint against him. He was easily recognizable, they said, when he turned his streaming device around and showed his face.

Tim Gionet Statement of Facts by KC Wildmoon on Scribd

Gionet’s arrest came a day after he posted a $3,000 bond on an arrest warrant in Scottsdale, Arizona, where he failed to appear at a hearing on whether he violated bond terms on a December charge when he travelled to Washington and participated in the deadly insurrection at the Capitol. He is facing charges of assault, disorderly conduct, and criminal trespass in Arizona after refusing to leave a Scottsdale bar on December 10 and pepper spraying an employee, the Arizona Republic said.

According to the Anchorage Daily News, Gionet graduated from a private Christian school in Alaska and attended an evangelical college in California, after which he adopted the “Baked Alaska” persona, a white rapper who rapped about life in Alaska. He was hired by Buzzfeed in 2014, where he was an ardent supporter of Bernie Sanders until Sanders lost the 2016 Democratic nomination. At that point, he began wearing MAGA hats to work and then abruptly quit to run a tour by right-wing provocateur Milo Yiannopoulos.

From there, he descended into full-on white nationalism and anti-semitism. He filmed his activities at the deadly “Unite the Right” rally in Charlottesville, Virginia, in 2017, and was a featured speaker there.

In 2019, Gionet told The Daily Beast that he’d reversed course and that his alt-right media career had been “a pretty big disaster,” the Daily News said. But he followed that up by going in with anti-masking protests and was seemingly delighted to go to Washington on January 6.

During the course of his video, he repeatedly talks about “1776,” a reference to the US Declaration of Independence signed that year, and at one point picks up a telephone in a Senate office and makes a fake phone call reporting a fraudulent election and the need to “get our boy, Donald J Trump, into office.”

Gionet’s video not only identified him, but one of the FBI’s posters of persons of interest consists entirely of images taken from his video, the Daily News said.