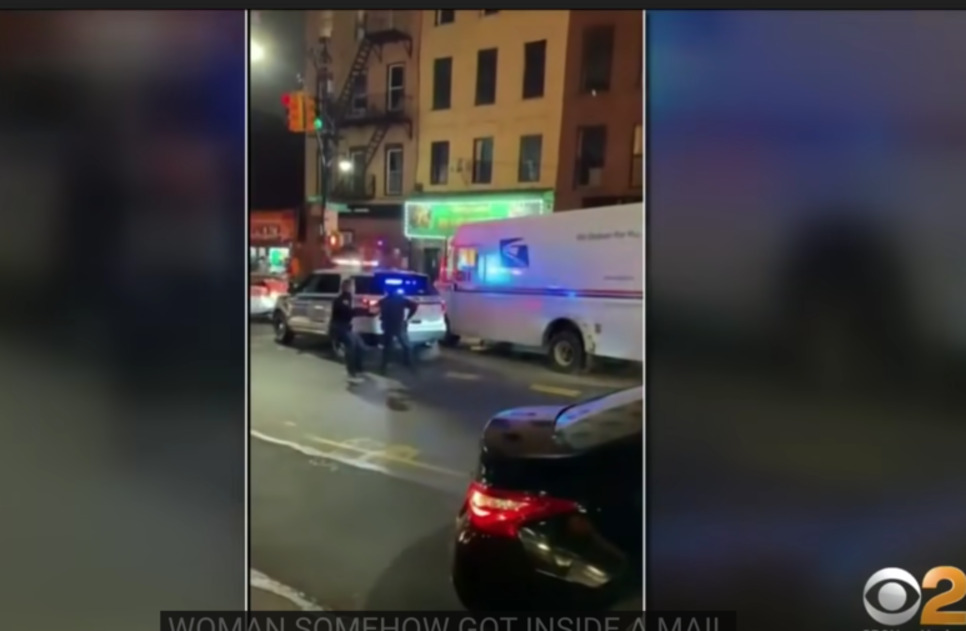 SEE IT: Woman steals USPS mail truck and goes on path of destruction, hitting numerous vehicles with passengers inside [VIDEO]

A woman is accused of stealing a mail truck and ramming it into numerous vehicles in Brooklyn, including some cars with people inside, WABC-TV reports.

The incident began around 6 p.m. Friday when a 21-year-old woman allegedly stole an unoccupied Postal Service truck and went on a joyride in Bedford-Stuyvesant..

Duncan O’Dell told WABC-TV that he was in his car when it was hit by the woman driving the stolen mail truck.

“All of a sudden we got rear-ended really hard,” O’Dell said.

After his car was struck, the woman attempted to drive on the sidewalk, O’Dell told the television station.

“I’m like why am I getting hit by a mail truck?” O’Dell said. “They tear off the corner of my car and go around me and plow into five other cars.”

The damage stretched for at least seven blocks.

Video of the mayhem obtained by WCBS-TV shows that the mail truck thief at times accelerated and reversed into vehicles along the street. One of the struck vehicles included a police car, according to the New York Post.

NYPD officers can be heard shouting at the driver on the video. The footage shows that when the truck eventually stopped, officers opened one of the doors and the woman fell to the ground. It was not clear whether she jumped out of the vehicle or if officers grabbed her and pushed her to the ground.

At least 14 parked vehicles were damaged in the bizarre episode, but no one was injured, according to WABC-TV.

Witness Newton Pottinger told the television station what he observed.

The woman’s identity has not been released publicly. Charges are pending.

Mail on the truck was later secured, the television station reported.