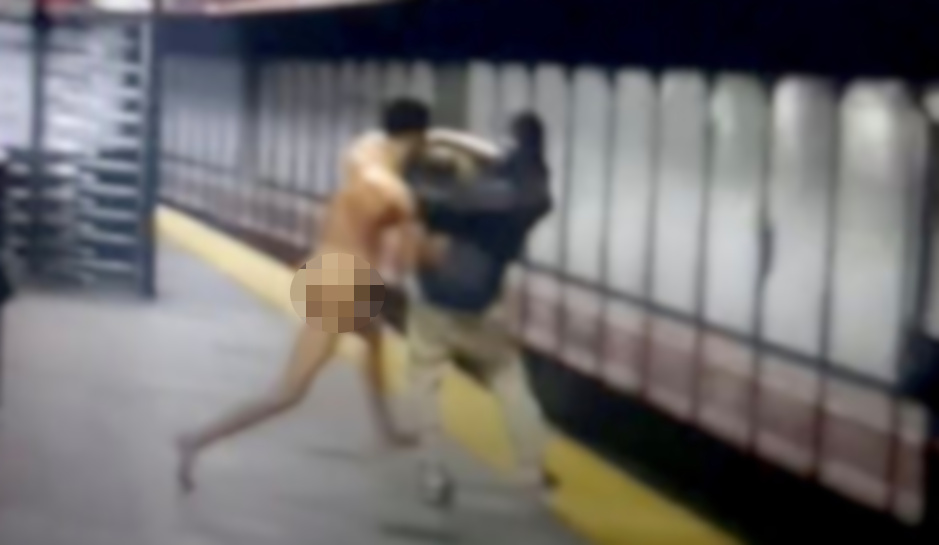 A naked man got into a scuffle with passengers in a Harlem subway station on Saturday and died when he touched the electrified third rail, the New York Post reports.

A video of the incident obtained by the Post shows the man walking through the 2/3 station at 110th Street and Central Park North and suddenly begin tussling with a waiting passenger.

The naked man pushes the passenger onto the tracks, and a second waiting passenger jumped down on the tracks to assist, followed by the naked man, who began pounding the second man.

During the scuffle, however, the attacker touched the third rail, electrocuting himself, officials said.

Police said a training entering the station at the time did not touch the two passengers.

The incident took place just after 3:30 p.m. and appeared to be a random attack. Police have not released the names of anyone involved.