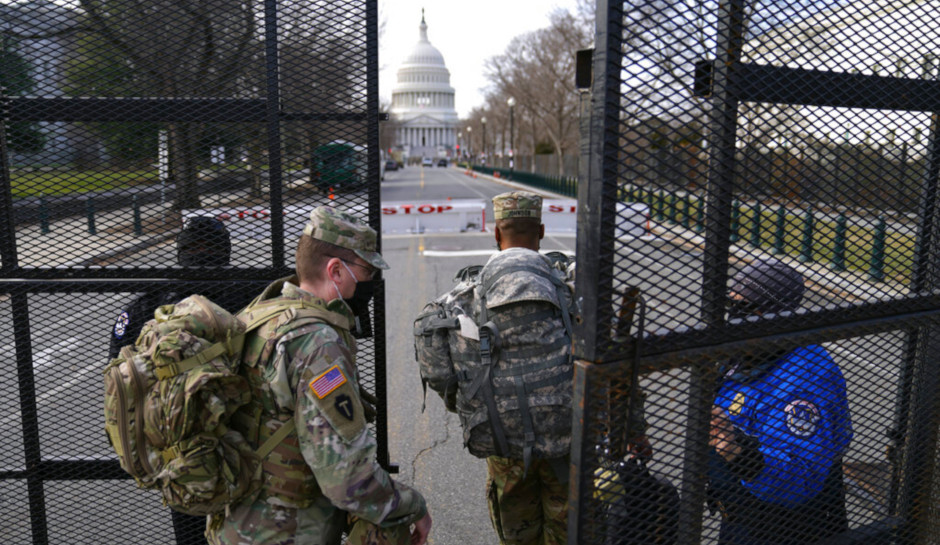 A Virginia man arrested Friday night trying to get past a Washington, D.C., checkpoint with unauthorized inaugural credentials was also carrying a loaded gun and hundreds of rounds of ammunition, NBC Washington reports.

The truck featured several pro-gun decals, including one that said, “If they come for your guns, Give ’em your bullets first,” police said.

Beeler presented an inaugural credential that police said was unauthorized, although they didn’t provide any detail about his documentation except to say the credential didn’t match anyone on a list of people authorized to enter the perimeter.

Police found a gun with a high-capacity magazine and ammunition, “509 9mm rounds of hollow point & ball ammunition,” and 21 12-gauge shotgun shells. The gun was loaded with 17 rounds and one round in the chamber, police said.

Beeler was charged with carrying a concealed weapon, possessing an unregistered firearm, unlawful possession of ammunition, and possession of a large capacity ammunition feeding device, according to Metropolitan D.C. police.

“It was an honest mistake,” Beeler told The Washington Post. “I pulled up to a checkpoint after getting lost in D.C. because I’m a country boy.”

An unnamed source told The Washington Post that Beeler has no ties to extremist groups and was “cleared from further investigation.”

Security in the capital has tightened ahead of Wednesday’s inauguration in the wake of the violent and deadly January 6 insurrection in which a pro-Trump mob attacked the US Capitol. Five people died, including a Capitol police officer. Federal law enforcement has warned that more attacks may take place before the swearing in of Joe Biden and Kamala Harris as the new president and vice president, both at the capital in D.C. and at state capitals around the country.