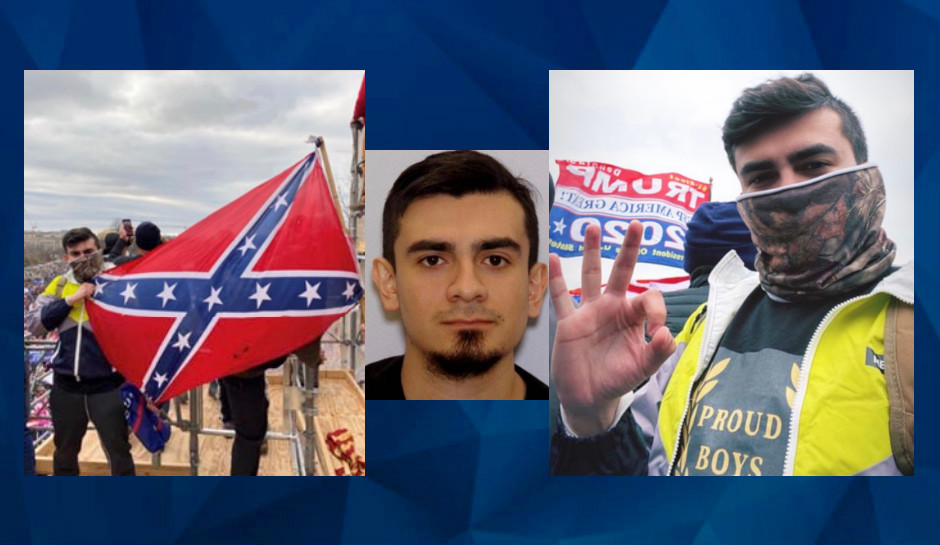 A probation officer notified FBI agents that his parolee, a self-described white supremacist, had been in and around the US Capitol during the violent pro-Trump mob attack on January 6.

The affidavit filed in support of Betancur’s arrest says that his probation officer called the FBI on January 8, two days after the insurrection, to say that Betancur “claimed to have been inside the U.S. Capitol Building with rioters.” Although he later recanted that admission, the GPS monitor he wears on his ankle appeared to show him well within the restricted areas of the building between 2 p.m. and 5 p.m. on January 6.

A cooperating witness also contacted the FBI with screenshots from social media accounts for “Bryan Clooney” and “Maximo Clooney” along with the user names @bryan_patriot_1776 and @bryanspartan1776, all of which appeared to be Betancur. Some of the profile images matched Betancur’s driver’s license photo, while others were used on multiple accounts, including some in Betancur’s real name. Additionally, the FBI learned from Betancur’s probation officer that his email address includes the name “maximoclooney.”

The affidavit says that Betancur has told law enforcement in the past “that he is a member of several white supremacy organizations,” “made comments about conducting a school shooting,” and “voiced support for James Fields, the man convicted of killing Heather Heyer when he drove his car into a crowd during the Charlottesville “Unite the Right” rally in 2017. He was on probation for a burglary conviction and reportedly living with his mother.