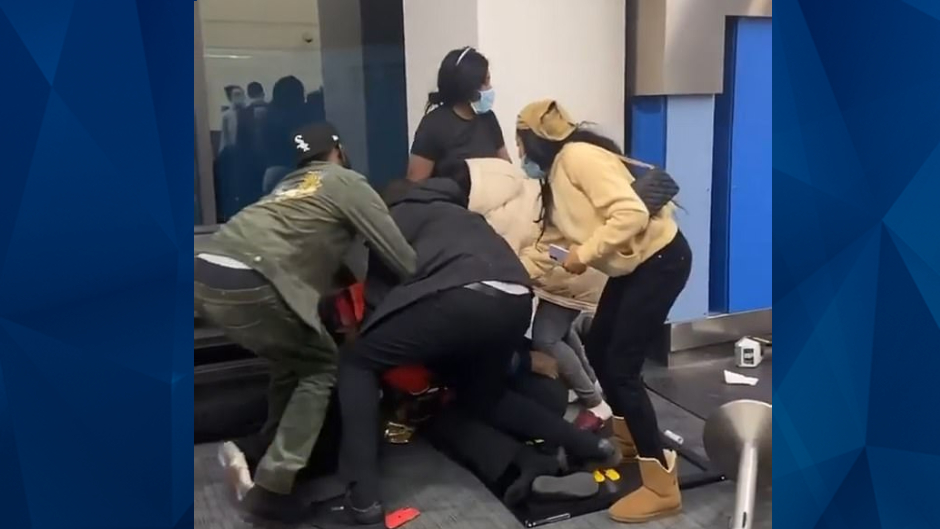 Two Spirit Airlines employees and a third person were reportedly hospitalized Sunday after an altercation at a Michigan airport.

MLive reported that the fight occurred at Metro Detroit Airport after a gate agent stopped a group of Spirit Airlines passengers boarding a flight headed to Atlanta, Georgia, to inspect the size of their carry-on luggage. The situation reportedly became violent when the agents shut a door to stop the passengers from boarding

An Instagram user with the account name kaymiami1 posted a video apparently showing Sunday’s altercation in Detroit. Someone, presumably a passenger, can be seen jumping on top of a gate agent while another gate agent restrains a female passenger near the boarding area. Additional people get involved in the scuffle moments later.

According to WJBK, two people were arrested and a third person was cited and released. Spirit Airlines said that at least one gate agent was hospitalized for their injuries.

Reports indicated that the people involved in Sunday’s fight were banned from Spirit Airlines.

A media relations manager for Wayne County Airport Authority told the Detroit Free Press that the two arrested suspects are expected to be arraigned sometime this week.