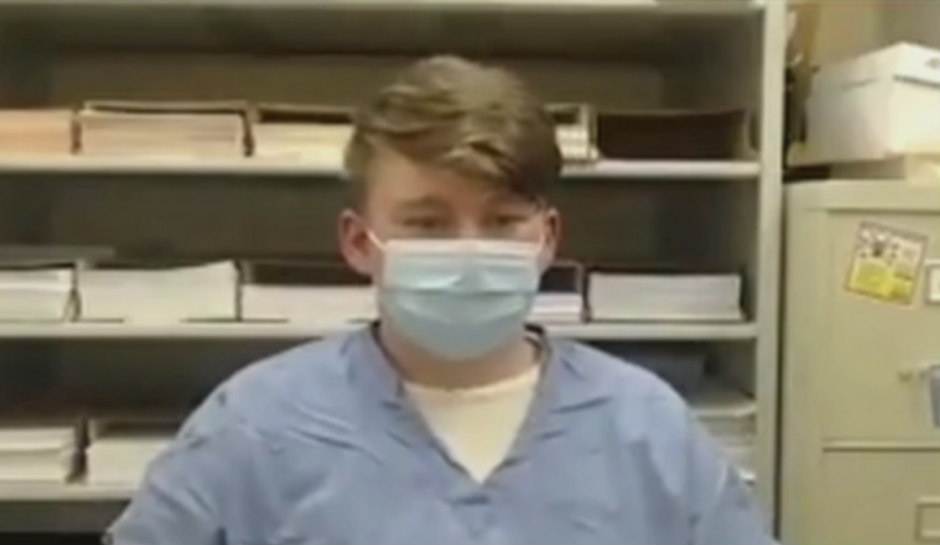 Attorneys for a 16-year-old Wisconsin boy who allegedly shot his newborn daughter in the head and buried her in the snow have asked the court to move his trial to juvenile court, WKOW reports.

Logan T. Kruckenberg-Anderson was charged with first degree intentional homicide and hiding a corpse in adult court after initially saying he had given the baby girl to a friend named “Tyler,” as CrimeOnline previously reported. Under questioning, Kruckenberg-Anderson reportedly admitted there was no “Tyler” and that he had taken the baby and hidden her inside a fallen tree where he knew she would freeze to death.

He led investigators to the baby’s location on January 10, and after an autopsy revealed the little girl had been shot, Kruckenberg-Anderson reportedly “admitted to placing the baby into the snow-covered area in the tree and shooting the baby twice in the head with a firearm,” according to the complaint against him.

A Green County Circuit Court judge will hear arguments on February 12 about moving the case to juvenile court.

The baby girl was born in a bathtub on January 5 in the Village of Albany, the criminal complaint says. The child’s juvenile mother told investigators that she and Kruckenberg-Anderson had “decided they could not keep the infant child and decided that they needed to do something to not have the child in their life.” After discussing several options, the mother told detectives that Kruckenberg-Anderson told her he would meet with his friend Tyler, who would take the baby to an adoption agency in Madison.

On January 9, the juvenile mother’s father called police when he learned that the father had taken the child.

The baby’s mother told police that they had named her “Harper,” and described her as having black hair and blue eyes.

Additionally, a juvenile male told police that Kruckenberg-Anderson gave him a gun on January 8. Albany Chief Ritter said that the firearm caliber was “consistent with the casings and fired projectiles located by law enforcement and crime laboratory personnel.”