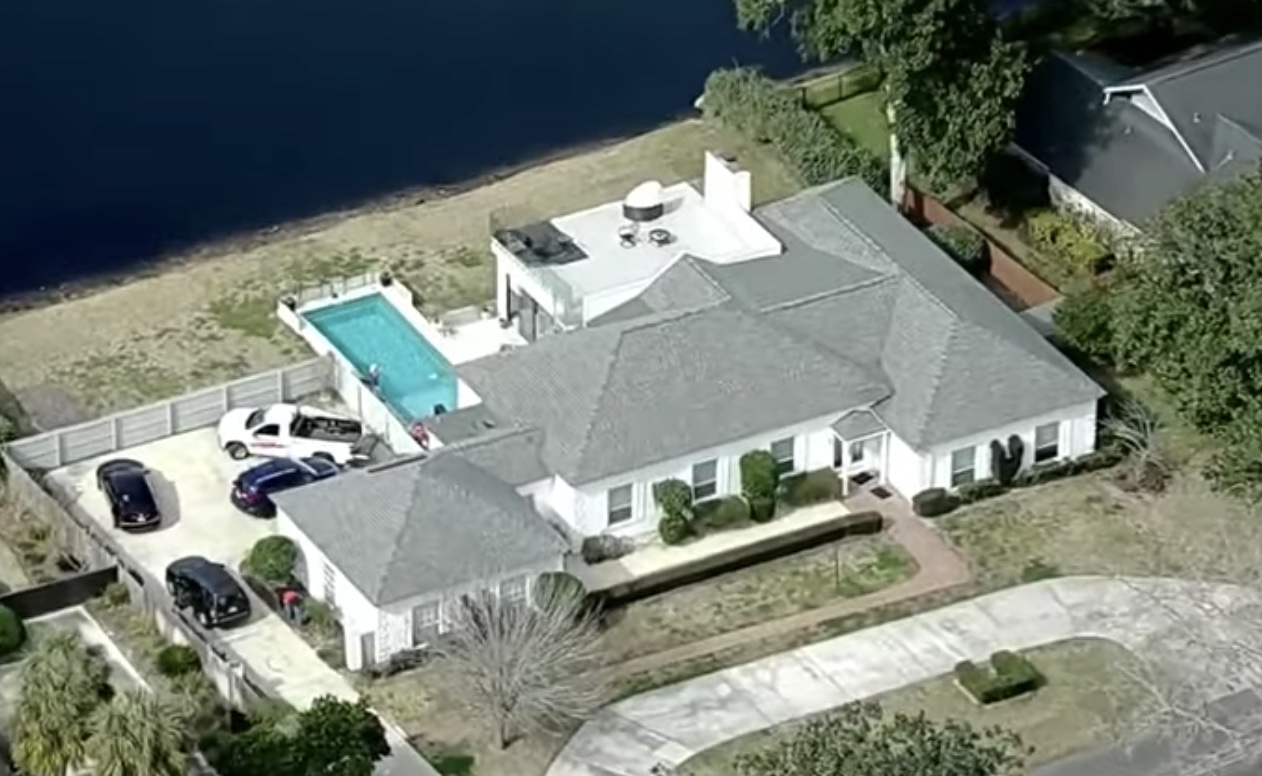 It was once one of Jacksonville’s most exclusive residential neighborhoods, so exclusive that President Gerald Ford and Egyptian President Anwar Sadat held talks there in November 1975. It’s still a private, gated luxury community, but this week, Jacksonville Sheriff’s deputies shut down a house of ill repute inside its strictly controlled walls.

Anna Domino, 50, has been charged with multiple counts related to her activities at the 5 bedroom, 4 bathroom rental home in the Deerwood Country Club that she calls “The Fungeon,” News4Jax reports.

Another woman has also been charged, but News4Jax said investigators think she may be a victim of human trafficking and so did not name her.

Mike Bruno, director of investigations at the Jacksonville Sheriff’s Office, told the station that at least six women were living at the house and said more arrests are possible.

“Obviously, our first goal was to get into the house, figure out what’s going on and make the first round of arrests and to stop this type of activity and protect the girls,” Bruno said.

The sheriff’s office said it had received numerous calls from concerned neighbors about the property, and a records request showed that officers had been called to the home nine times over the past two years. The calls included a “drug investigation” with a felony arrest, a “warrant,” and a “dispute.”

A real estate website shows the home with an estimated rental of $4,000 per month. While the house is not for sale, the website estimates its value at more than $600,000. Many other properties in the development come in at $1 million or more.

Jail records show Domino has been charged with nine counts, all related to prostitution or operating an adult business, and is being held on a $25,000 bond. News4Jax says she has a history of arrests in Tampa, Tennessee, and Georgia, on domestic battery, assault, drugs, theft, and resisting arrest charges.

Note: This Anna Domino is not the indie rock performer Anna Domino, 65, whose real name is Anna Taylor Delory.