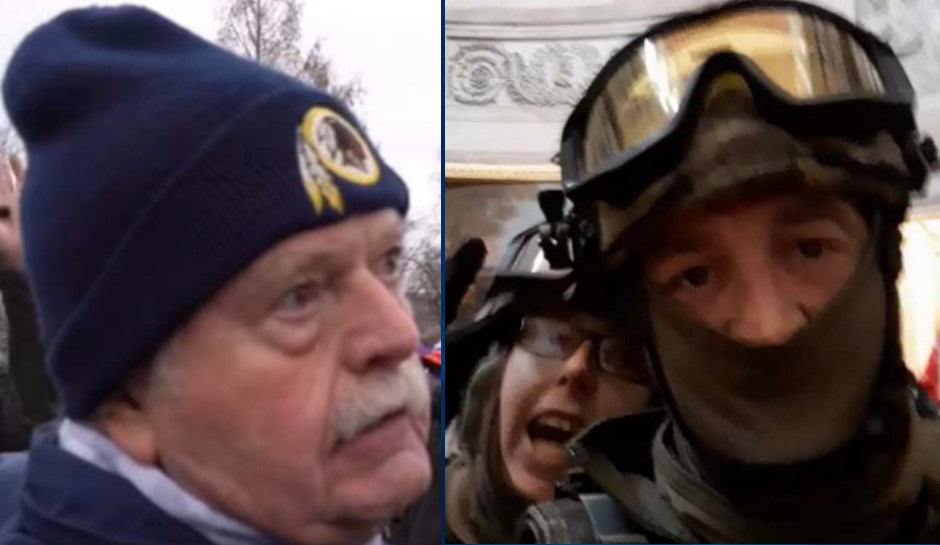 Court documents released earlier this week detail some of the planning that took place between members of self-styled “militia” groups that stormed the US Capitol on January 6, leaving five people, including a Capitol police officer, dead.

The insurrections also used a walkie-talkie style app called Zello and Facebook to give one another real time updates while inside the Capitol — including information about the location of legislators who had fled the chambers where they were counting the electoral college ballots to certify Joe Biden’s presidential victory.

“All members are in the tunnels under capital seal them in. Turn on gas,” read one message sent to Thomas Edward Caldwell, an alleged leader of the Oath Keepers extremist group, after he posted that he was “inside.” “Tom all legislators are down in the Tunnels 3floors down,” said another, according to an affidavit filed in court on Tuesday.

Other messages said: “Tom take that bitch over,” and “Do like we had to do when I was in the core start tearing oit florrs go from top to bottom,” and “Go through back house chamber doors facing N left down hallway down steps.”

Caldwell, a 65-year-old Navy veteran from Virginia, was charged with conspiracy, conspiracy to impede or injure an officer, destruction of government property, obstruction of an official proceeding, entering a restricted building without authority, and violent entry or disorderly conduct. The documents say Caldwell, identified by several others as “Commander Tom” coordinated a group of insurrectionists in their deadly attack on the Capitol.

Caldwell was charged along with two other alleged Oath Keepers, Army veteran Jessica Watkins, 38, and Marine veteran Donovan Crowl, 50, both of Ohio. The charging papers say the three of them scouted locations for lodging during the insurrection and recruited other members to participate, mostly from western Virginia and North Carolina.

Caldwell began posting about his plans on December 24, then wrote on December 31, “It begins for real Jan 5 and 6 on Washington D.C. when we mobilize in the streets. Let them try to certify some crud on capitol hill with a million or more patriots in the streets. This kettle is set to boil…” The following day, Crowl messaged Caldwell, “Happy New year, to you Sir!! Guess I’ll be seeing you soon. Will probably call you tomorrow…mainly because…I like to know wtf plan is. You are the man Commander.”

Videos and photos from inside the Capitol show all three inside, with Watkins and Crowl together during part of the insurrections. In one, the pair turn the camera around to show their faces. Crowl says, “We took on the Capitol! We overran the Capitol!” and Watkins says, “We’re in the f****** Capitol, Crowl!”