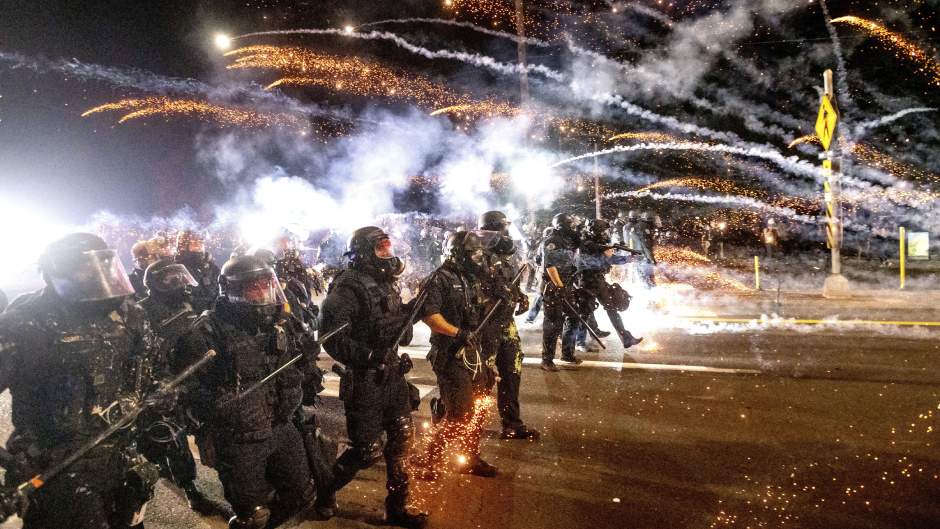 SEE IT: Portland rioters and their weapons

Portland police announced the latest arrests in an updated press release. The suspects, who range in age from 20 to 44, are facing various charges, including assault of a public safety officer and reckless endangerment.

Initially, police said they had arrested seven people in connection with ongoing protests in Portland. Demonstrators allegedly stole an officer’s bicycle and threw objects at police. At one point, protestors broke windows at the Democratic Party of Oregon headquarters, according to The Oregonian.

The news outlet reported that protestors denounced the government and the Biden Administration while calling for police and education reform. NBC News reported that demands for justice for Breonna Taylor were spraypainted on the Democratic Party headquarters.

While some reports linked the incidents in Portland to antifa, officials have not connected the protestors to any specific political movement.

Melissa Newhard, Public Information Officer for Portland police said law enforcement has not made any claims about the arrested eight suspects’ political affiliations. She told CrimeOnline:

We avoid categorizing people involved in these events. It’s not our role to put people in ideological boxes. I’ve found that even those gathered for a single event have different motivations and allegiances. We focus on individual actions, specifically those that are criminal in nature. Our role is, wherever possible, to make arrests for crimes committed by individuals, and we have put that information out via press releases.

It is not yet known if further arrests are expected.